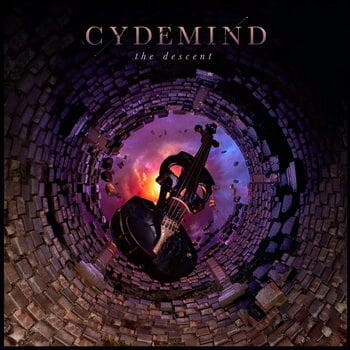 Cydemind were a new name to me when I received a link for reviewing them within my inbox. As a bit of a backstory, I was in hospital at the time when it was sent. I had been woken by a nurse for observations at 2am having only just got to sleep about an hour and a half before.

Now as I lay there awake, tossing and turning hoping to nod off and having no success I gave up around 4am. I picked up my phone, put on my headphones, went to my emails to see if there was any new music to check on. I saw this name and clicked on it.

Now as you can imagine I was a bit grumpy at this point but I hoped music might help. By halfway through the first track I was absolutely digging the music. I listened to the whole album. By the time the nurse came in again back of 7am, I had listened to it 3 times. My mood was pretty damned good and I found myself joking with the nurse despite my lack of sleep. Now you might be wondering, who are they and what do they sound like that they had such an effect on this reviewer, well…

Cydemind are from Montreal, Canada and have been around since certainly 2014 when they released their first EP called Through Mists And Ages and followed that with their debut album Erosion in 2017. The band are comprised of Olivier Allard on violin, Alexandre Dagenais on drums, Nico Damoulianos on bass, Camille Delage on piano and keyboards and finally Kevin Paquet on guitars. The band play a mix of progressive rock/metal, classical, jazz and even a bit of funk. On first listen I thought of artists such as Sky, ELO, Apocalyptica, Mastodon, Haken and even ELP. It seems at least 2 of the band are classically trained (there might be more) and all of them don’t only play superbly but also work extremely well as a unit. So that is a bit about the band, what about the album?

The album has 7 tracks in total and is around 60 minutes in length. There are tracks around 4 or 5 minutes mixed with longer pieces over 12. The opening track “Obsessions” captivates right from the start. Drums, violin, quite heavy yet with so much melody, especially on the violin as the rest of the band play various riffs and fills around and underneath. Despite seemingly a number of time changes it flows beautifully. When it drops down to piano it becomes very classical sounding. The mood and pacings are exquisite. It has a jaunty even playful edge musically around the 5 minute mark before a charming guitar solo comes in. It has a way of making you move your head yet feel very chill.

“Hoax” is the single as such from the album (see video below) and is a very funky piece with a piano opening with jazzy drum fills, the violin is more or less playing the melody of the piano and the bassist is just having fun! It seems they were inspired to write a piece like this due to their appreciation of the band Snarky Puppy although I don’t think from the tracks I have heard by them that they have ever gone as heavy as this at times. My favourite part is the lilting piano piece just before the Hammond organ comes in which ushers in a mad scientist section where it is off the charts if not rails. Of course, the main melody floats in and out at will during the piece. Huge amount of fun. 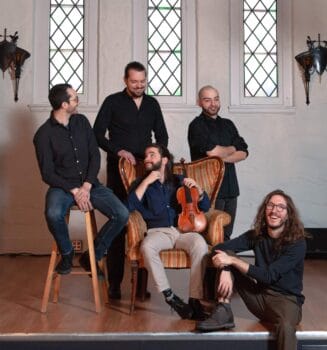 “Breach” is what the band call in their notes a “high energy song“, and I can see why from the verses (as such, there are no lyrics but if there were… you get the idea).

The difference between those and the very melodic and accessible chorus is very noticeable. The backbeat at point fair gallops along whilst the violin plays this lovely refrain or melody. Just past the halfway mark they go mad, throwing in various solos, it is all quite frantic yet exciting to listen to before it drops back into the main melody.

“Call Of The Void” is, according to the band, their “darkest and most complex” piece, and that it is like a “ship exploring dark places“. This song really shows off their metallic influences especially coming via the guitar bass and drums whilst often the keys throw in jazz and classical styles, again making it an interesting listen. There are moments where it is lilting, really lovely but those are interspersed with sudden flashes of heaviness, the sea the ship is on gets choppy. You never can be fully prepared for when things might alter. The organ again on this adds so much. All the way through I marvelled at the musicianship but I never felt like they were showing off, doing things to show their chops, but rather if felt natural with emphasis on melody and atmosphere.

“Hemlock” is the longest track here at 13 plus minutes. Opening with a lilting guitar and restrained drumming before the piano comes in followed by the violin with a haunting melody. If that wasn’t enough the bassist then joins in with some deft work. They tease us, just as you think it will heavy up, it doesn’t, it lets the listener hang on for what is to come next; patience is of course a virtue. Eventually, the guitar takes over, slightly heavier yet still it feels quite melancholic. The band hold to a riff, the violin is free to roam building with intensity.

Then it hits what the band call “Maelstrom“, actually quite neo-prog sounding. I felt hints of bands from the early 80s such as IQ, Twelfth Night and Pendragon to name but 3. The guitar solo is the longest on the album, and it is wonderful, dripping in emotion, stirring the heartstrings. Melody is the number 1 thing on his mind and in his hands. Aound the 8 minute mark there is a again a hint at the 80s neo-prog sound. Outstanding stuff all round. 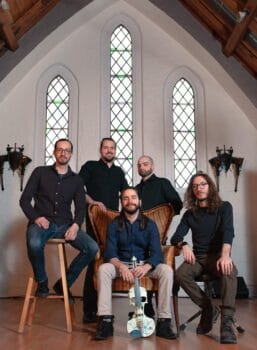 Use Of Recurring Themes

For a breather comes “Slumber” the shortest piece on the album. Some respite from all the musical intensity, a chance to rest, or indeed “slumber” before the next major journey. This is slower, and moodier with the mix of piano and violin together harmonising delightfully. The violin leads and the piano adds lots of extra textures.

A very welcome break before the last song “The Last Stone” another 12-minute workout. The band says that despite this being the last song on the album it was the first written for it. Cleverly it utilises the piano melody from “Slumber” during it, playing around with it, keeping you guessing if you have heard it or not. After a quiet opening, it turns into one of the heaviest pieces here. It is busy, chopping and changing, even having a section that has a Middle Eastern vibe at one point. They pull off a huge riff about 5 and a half minutes in before going off-kilter musically.

At points they are doing the sort of musical wizardry that Dream Theater do but never staying too heavy for any length. This is one of those pieces where they hit recurring themes whilst each time creating something a little different on the way out of those themes. The ending is beautiful, easing us out of the album gently.

As I said at the beginning, the music hit me at a time where it just seemed to connect. The good news is after a period of being at home, living life as normal their music still affects me. I find myself uplifted by the whole thing, the melodies, the musicianship, the riffs and the general composition of the pieces. Despite being music created by players with real ability, where they show their chops, it is very easy to drift into and be carried along on. It never feels clever or forced. Melody is important to them. It moved me when I first heard it, it still does. This is the best instrumental album I have heard this year by far and one of the best things I have heard in quite a while. Do yourself a favour and check these guys out if you enjoy quality music and musicianship.

Check out my other articles here. Tom.