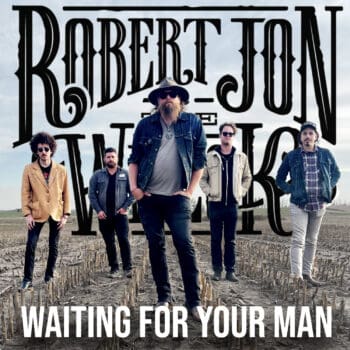 Robert Jon & The Wreck: New Single “Waiting For Your Man”: Out NOW!

Southern blues rockers Robert Jon & The Wreck are back with a new single and have announced a UK tour for May. The band who’s last album Shine A Light On Me Brother was this writer’s album of the year 2021.

An absolutely joyous beast in the midst of all the turmoil and trauma of the world.  As I said at the time “They truly lift the soul to another more groovy level where there is brotherhood and love” along with “From the hope-filled album title song with its honky-tonk piano through the grooving “Movin’” to the crazy danceable “Radio” which I could imagine hearing on a sunny day at a BBQ with friends, having a beer and dancing like a loon, they “shine a light” to those dealing with a pretty dark world at the moment. I applaud the hell out of them for doing so”.

It still sounds fantastic. The good news is that they are back with a new song called “Waiting For Your Man” (see below for video) which has a solid bluesy country vibe running right through it.  The song which is on Joe Bonamassa‘s label KTBA Records is a taste of what is to come especially as they hit the UK shores very soon. 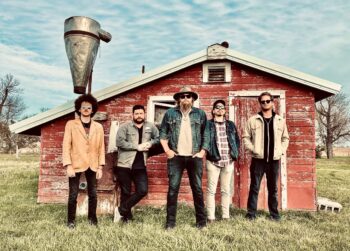 Robert Jon & The Wreck: The Band. (Photo thanks to Robby Boyd)

“Waiting for Your Man is the simple song about going through the peaks and valleys of any relationship,” says Robert Jon. “Both sides have their issues with one other, but they want to give each other a chance. Sometimes it is easy to throw away what could have been something great.”

The band features Robert Jon Burrison (lead vocals, guitar), Andrew Espantman (drums, b. vocals), Steve Maggiora (keyboards, b. vocals), Henry James (lead guitar, b. vocals), & Warren Murrel (bass, b. vocals). As you can see everyone joins in on backing vocals adding to that gospel vibe they give out. It doesn’t have to be religious songs, it is a way of community via singing. They excel at it. they have a fabulous reputation live with the last shows in the UK causing people that I know personally who managed to catch them to rave about them big time! The 12 dates are to be found on this news piece along with links to purchasing tickets. 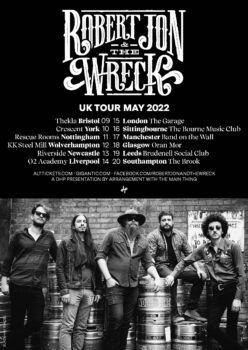 Firefest was a well-loved and respected festival event in the UK. After about 10 events, 2014 was deemed The Final Fling and Firefest was laid to rest. Two CGCM Rock Radio contributors, Rich “The Meister” Dillon and Shawn “Animalize” Irwin (at the time they were writing and photographing for Decibel Geek) had the pleasure of […]