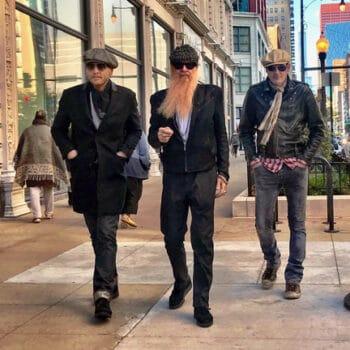 Sweden Rock announces Billy F. Gibbons for 2023 in this post:

There are still quite a lot of bands left to announce for the coming festival, but to tie you over to the next bundle announcement we are happy to let you know that Billy Gibbons & the BFGs are confirmed to play on Saturday, June 10th.

Being the guitarist and singer of ZZ Top since 1969, Billy Gibbons is one of the true legends of rock. In recent times, he is also a prominent solo artist. The Caribbean-flavored album Perfectamundo (2015), Big Bad Blues (2018) – the title says it all – and Hardware (2021) have all been praised by fans and critics alike.

In 2023, Billy and his band – including none other than Matt Sorum (ex-Guns N’ Roses, The Cult and Velvet Revolver) on drums and guitarist Austin Hanks, – will be doing a few select European shows, and we’re happy to announce that SRF is one of those lucky chosen few.

More bands to be announced shortly!

ALL ARTISTS CONFIRMED SO FAR:

The 30th edition of the Sweden Rock Festival is organized in Sölvesborg on June 7-10.

The tickets are released and can be found at www.swedenrock.com.

Sweden Rock is Scandinavia’s biggest hard rock festival. Every year, visitors from around 50 countries are attracted to Sölvesborg, where they are treated to over 80 concerts in a mix of classic rock, hard rock, southern rock and metal. Sweden Rock is known for maintaining a high level of service, and the friendly atmosphere has become one of the main hallmarks of the festival. In addition to the annual festival, Sweden Rock now has a magazine, drinks and lifestyle products gathered under its brand.