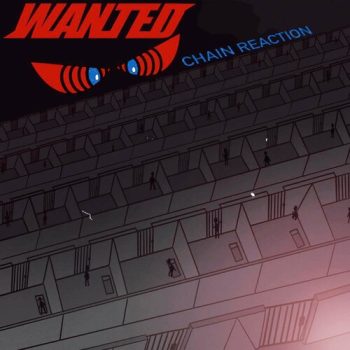 Little is known about this little treasure I discovered!

What I know so far is that they are from Oxford, Michigan. They look like high school kids or freshly in college.

I have to tell you when I played their album I was not expecting these young lads at all. I had in mind some 40-year-old dudes playing 80s-style rock.

What do you get when you mix Dokken, Great White, Van Halen and a little Killer Dwarfs? Yeah! you get WANTED. Damn, they play so well I am very impressed. I’m an old guy I lived the 80s as a teen and Wanted just brings me back to my youth.

Wanted is very talented band and it is just shocking how young they are with that skill. They sound so freaking good and well put together. The album sounds great, No cheap production here let me tell you.

I would say off the top of my head that their inspiration by Dokken really shows in their music. You also hear influences of Great White vocally, Van Halen drumming and Killer Dwarfs and Ratt in the rhythm.

Jameson Clark sounds like he was born with drumsticks in his hands. Can I say, Alex Van Halen?

Their debut album has 10 songs:

1.Don’t Leave Yourself Behind 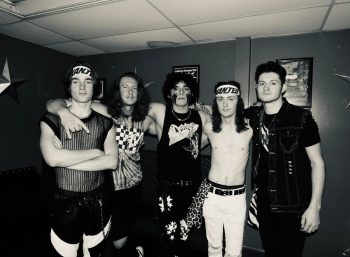 4.Turn Up The Night

7.Give When It’s Given

Ask me to pick a favourite song and I just can’t! They’re all good.

The album was produced by Tony Hamera and recorded a Tempermill Studios in Ferndale, Michigan.

Look out for Wanted! These guys are on fire and you will need shades when you look at them because their future is bright

Here are links to Wanted:

I highly recommend Wanted, this band merits listening to, you won’t regret it! if you love the 80’s Glam Rock this is for you.

Until we meet again friends! be kind to each other and turn up that radio when you hear your Jam!

Don’t Leave Yourself Behind – WANTED