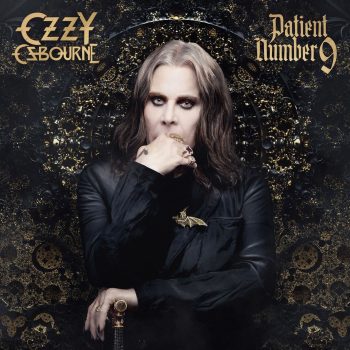 The Prince of Darkness is back!!

At 73 years of age, most of us would be retired by now and probably go fishing, golfing or watching tv all day! Ozzy… he went through a gruelling few years where we thought we would lose him. Aside from all his health issues he managed to come out with a new album: Patient Number 9.

I have to say I quite like it a lot!!

In fact, my having the honour of writing up a review on Ozzy‘s new album is pretty damn awesome! I would not have written this article if I didn’t like the album. Trust me I go with my heart and I tell it like I feel.  I know many of you will dismiss Ozzy and say he can’t do it anymore. It’s not his real voice. He’s using auto-tune. And so on and so on.  Listen even if he’s using Auto-Tune to improve his voice, who cares? I still want to hear Ozzy sing! I still want new stuff from Ozzy! In my teen days, my wall was filled with posters of Ozzy Osbourne! He was my ultimate idol! I could listen to Ozzy over and over! In my high school, I was probably the biggest Ozzy fan there was! Well, definitely the biggest Rock music fan there was hands down. Ozzy though, stood out for me! At his side on his two first solo albums, Blizzard of Oz and Diary of a Madman, none other than Randy Rhoads! One of the best guitarists that ever played on stage! Sadly passing way too soon!

Ozzy‘s discography is legendary. From Black Sabbath to his solo projects he has rarely faltered. He always had excellent if not the best musicians at his side. His career started even before I was born in the late ’60s and he’s still going on. Maybe not as strong but he’s still doing it, and for that I applaud him. This man went through so much shit in his life, he abused his own body so much that even scientists wonder how he is alive today. I have read his biography and it is one excellent book!  The book should have come with a warning “Don’t try this at home!” Ozzy is a living legend and the day he passes will be a very very sad day for all of us.

Patient Number 9 is a delightful surprise! This album really rocks! It’s an absolute delight for me. The collaborations from all the other artists make this album even more special. There are 13 songs on this album.

4.No Escape from Now with Tony Iommi

5.One of Those Days featuring Eric Clapton

6. A Thousand Shades with Jeff Beck

There are 3 songs that really stand out for me.

“One of Those Days” with Eric Clapton is one of my favourite songs on the album.

“A Thousand Shades” with Jeff Beck. You can really hear the Beatles‘ influence on Ozzy in this song.

“Nothing Feels Right” with Zakk Wylde is another great one. Zakk has one hell of a solo in this one and Ozzy sounds like Ozzy of old.

The songs he performs with Tony Iommi have Black Sabbath influence, as is expected.

Jeff Beck‘s collaboration is stellar. What a great idea it was to bring him aboard, many won’t agree with me but it worked out very well.

Andrew Watt got it right this time. As many liked Ordinary Man released in 2020, I didn’t like that album except maybe for 2 or 3 songs.  This time around Andrew Watt did some magic and created one great album with the help of many other musicians such as motioned before, Jeff Beck, Toni Iommi, Zakk Wylde, Eric Clapton and Mike McCready. There were others who helped out such as Duff McKagan. Robert Trujillo. Chad Smith. Those are big names for sure. I can’t imagine how star-struck I would have been being in that studio seeing all these guys work together.

Patient Number 9 is a must to add to your collection! I give it a solid 8 on 10. I love almost every song on this album.

You can purchase Ozzy‘s new album wherever they sell music in stores or online!

Well, that’s it for now! Until next time my fellow rockers!