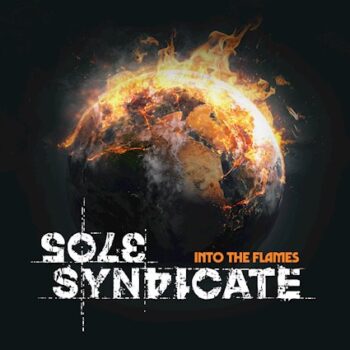 SOLE SYNDICATE – Into the Flames

Bridging the gap between traditional European roots and modern American sounds, Sole Syndicate knows well the secret of all the greatest, past’n’present-hard’n’heavy bands: every song counts.

Into the Flames is a darker and heavier record than its predecessor (the brilliant 2020 classic hard rock affair Last Days of Eden): earthquaking riffs & tasty solos, roaring vocals, some great melodies and a thunderous rhythmic background represent the foundation of each track.

The lyrical theme of the album is quite gloomy and leads the listener on a journey into the human mind, taking pulse on everyday life. Sole Syndicate is not a political band, but they are not afraid to write and sing about the state of things – war, mental health, environment and social injustices.

Into the Flames is the raucous and entertaining soundtrack of this crazy world of ours.