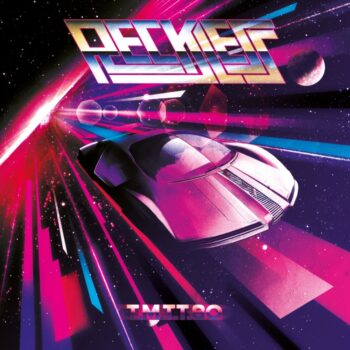 Sneakout Records and Burning Minds Music Group are glad to announce the details of T.M.T.T.80, the new album by Italian hair metallers, Reckless.

Listening to T.M.T.T.80 (acronym of the opener “Take Me To the 80s”) is like setting the Delorean time circuits to the date of October 26, 1985, and stepping back in time to the glorious 80s, the golden days of hair metal.

The 12 songs featured in the album proudly show all the nuances and influences that, during the years, have forged the sound of Reckless. From British-oriented steel to the sweetness of American AOR, from the wildness of early W.A.S.P. to the very popular among nostalgics NewRetroWave, their style always maintains the incendiary imprint of their incredible live acts. Music and vocals properly and deliberately faithful to the sound of the past, bombastic and fast-paced stage presence, shocking hairstyles and sought-after clothings give the impression that Reckless is a band that came off the cover of a 1987 Kerrang! issue.

T.M.T.T.80 is set for release on April 29, 2022, via Sneakout Records/Burning Minds Music Group. CD graphics have been developed by renowned artist SoloMacello.