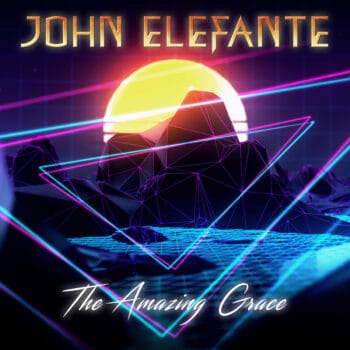 The first 1000 copies will be a limited edition will include a hand-signed postcard from John Elefante!

John Elefante was born in New York and moved to Long Beach, California at an early age. He sang and performed drums for his family band The Brotherhood in his youth and has always maintained a close working relationship with his brother Dino.

His career really took off in 1981 when he auditioned for lead vocals and keyboards for Kansas in 1981. He got the job despite stiff competition and went on to feature on Vinyl Confessions and Drastic Measures writing such songs as “Chasing Shadows”, “Fight Fire with Fire” and “Right Away”. He also took lead vocals on the huge mainstream hit song “Play the Game Tonight”. In the mid to late eighties, he was involved with some Christian artists such as Sweet Comfort Band and Petra as a producer, etc.

John took a heavier direction in the late eighties / early nineties when he formed a record label with Dino called Pakaderm and went on to create the band Mastodon who enjoyed much success during the nineties. If that wasn’t enough he continued at breakneck speed as a label owner and producer and turned his hand to a couple of solo releases Windows of Heaven in 1995 and Corridors in 1997.

In 1999 he released Defying Gravity which was his most rewarding solo album to date, and Revolution of Mind. John is also 3 time Grammy award winner and has been nominated seven times. He and his brother Dino also wrote and co-produced the song “Young and Innocent” which appeared on the multi-platinum album soundtrack of the movie St Elmo‘s Fire.

By the year 2010, John had been involved with 100 or so major albums in one way or another. His songwriting abilities shone through again in the 2013 release “On My Way to the Sun” which featured Kansas members David Ragsdale and Rich Williams.

It’s now 2022 and John is still very much at the forefront of the music scene and here we have The Amazing Grace, 11 tracks of the highest quality rock. The song “Stronger Now” has already had an airing on YouTube and has had received many positive reviews. If you haven’t already done so, it’s well worth checking out:

Produced and engineered by John Elefante for Kingheir Music

Piano on “And When I’m Gone”: Jimmy Nichols