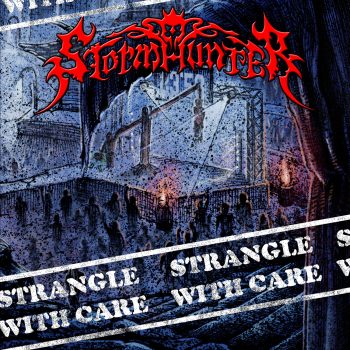 After releasing their first demo tape First Battle in 2001 and several concerts, Stormhunter appeared on two compilations. The Reaper Comes (Heavy Horses Records) and United We Are (Métal Intégral). In 2002, after several lineup changes, Stefan Müller (last founding member), decided to leave the band. The other members took a new direction after changing the band’s name to Subsphere.

The same lineup (without Denno who was replaced by session bass player), recorded second album titled Crime And Punishment, which was released in 2011 by Emanes Metal Records in Europe and Spiritual Beast Records in Japan. In 2011 Burkhard Ulrich joined as the bass player, to later switch positions with guitarist Julia, who shortly after that left the band due to personal reasons. Her place was taken over by Fritz, bass player from German Thrash Metal act Nuclear Warfare, who also supported the band in the past as live musician.

The third studio album titled An Eye For An I came out in November 2014, including 12 songs kept in best German Metal tradition, with both catchy melodies and choruses, and aggressive (but melodic) vocals.
In 2020 Stormhunter released their 4 track EP Ready For Boarding. For the first time, a Stormhunter release features a cover song. Again, the recording was made at Iguana Studios with Christoph Brandes, who also did the mix and mastering. The artwork was created by Timon Kokott. In 2021 Crime And Punishment was reissued as a picture LP with the original coloured.