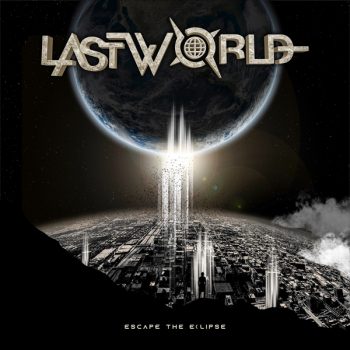 LASTWORLD returns with their new studio release Escape The Eclipse. Escape The Eclipse is their 4th album (third for Perris Records) in under 4 years from the dynamic duo of songwriter Jim Shepard (all instruments) and David Cagle (all Vocals) return with plenty of the Melodic Rock You like from them worth few surprises. Once again mastered by the incredible JK Northrup.

JIM SHEPARD is an American independent multi-instrumentalist who has recorded several solo albums as well as his band Taxi, who dominated the Northwest Indiana rock scene in the 90s. Award-winning international singer DAVID CAGLE has recorded vocals on more than 1000 songs over the past 10 years for clients all over the world, covering multiple genres of music. Although a singer of many styles, Cagle is most known for his melodic, soulful rock voice.