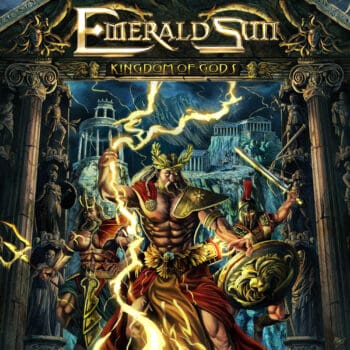 With 4 strong albums in their back catalogue, Greek powerhouse EMERALD SUN are back stronger than ever with their 5th studio album Kingdom Of Gods! And EMERALD SUN knows how to deliver the goods. Kingdom Of Gods is nothing less than an absolutely amazing, sheer Power Metal album with thundering drums, screaming guitars and amazing vocals, heavy riffs, cool guitar solos, great melodies, big choruses, an amazing cover artwork, cool stories full of heroes, legions, warriors and gods and everything else you always wanted to find in a Power Metal album.

Kingdom Of Gods will be released on January 28th, 2022 and will first be celebrated live in the Greek homeland. The first festivals for 2022 have also already been confirmed in Germany.