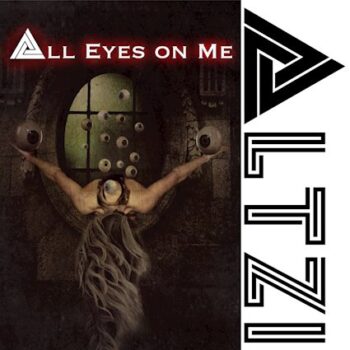 ALTZI – All Eyes On Me

RICK ALTZI is an artist from Helsingborg, Sweden who started to play bass at the age of 14. He was a member in various tribute and original bands until 2004 and switched over to the microphone in 2005. His first album as vocalist saw the light of day in the year   2007 with the band AT VANCE. Since then, he has worked with a lot of outstanding musicians from bands such as Helloween, Accept, King Diamond, Pain Of Salvation, etc. In 2020, Rick Altzi started to work on his first solo album under the moniker of ALTZI. Rick Altzi also is writing and recording with the bands Masterplan, Gathering Of Kings and Herman Frank.

In 2021, ALTZI has released a couple of successful singles and videos from the brand new album All Eyes On Me in advance. The full album, which will be available on CD and digitally from March 25th, 2022, now contains 10 more new songs.

Rick Altzi recorded all vocals in Outhouse Studios on the west coast of Sweden, drums were recorded at Parental Studios in Cologne. The album is mixed by Victor Ohlsson in his studio located in Gothenburg and produced by Rick Altzi and Ulrick Lönnqvist. Thomas ”Plec” Johansson took care of the mastering at The Panic Room.

Second video from the upcoming album by ALTZI

Point Of No Return

First single from the upcoming album by ALTZI