WITCHWOOD – Before The Winter (Album Review) 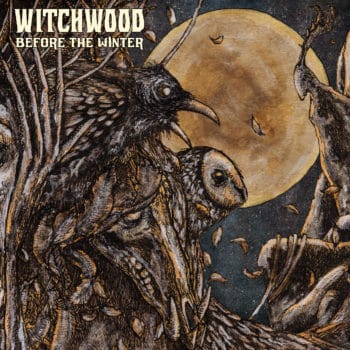 Witchwood – Before The Winter – (Album Cover)

Witchwood are an Italian progressive rock band that incorporates a number of styles including hard rock, psychedelic and folk. They float between the music and sound of Deep Purple, Uriah Heep, Blue Oyster Cult mixed with say Jethro Tull and Fairport Convention. The band formed in 2014 from the ashes of another band (unbelievably) called Buttered Bacon Biscuits, with 4 of them joining forces with a new bassist.

The 4 are Riccardo “Ricky” Dal Pane (vocals, guitars, mandolin and percussion), Andrea “Andy” Palli (drums, percussion), Stefano “Steve” Olivi (Hammond, piano, synth, mellotron, Fender Rhodes) and Samuele “Sam” Tesori (flute, harmonica) and the bassist is Luca “Celo” Celotti. Also in the band is Antonino “Woody” Stella (guitars and backing vocals). They have 2 albums out previously from 2015 and 2016 so it has been a bit of a wait for this the third called Before The Winter (out on Friday 20 November on Jolly Roger Records) which comprises of 9 tracks of original material and one cover for the vinyl version (a cover of a Tyrannosaurus Rex song from 1968).

Opener “Anthem For A Child” starts with dark ominous synth sounds before heading into a lively and jaunty jazzy prog section. When the song kicks in proper the riff is old school Purple/Heep with the vocals definitely more akin to the latter of those. There are frequent little changes whether it be pace, fills or instruments taking the lead, both guitar and flute take centre stage at various points. The riff around the 3-minute mark is a bit of a belter. “A Taste Of Winter” keeps it in more Purple (due to the riff) meets Tull for obvious reasons). Lots of Hammond organ here and the way the flute underpins the guitar riff sounds terrific. It is quite a bouncy and sunny piece that despite its shorter running time manages a number of changes yet always manages to find its way back to the main musical theme. 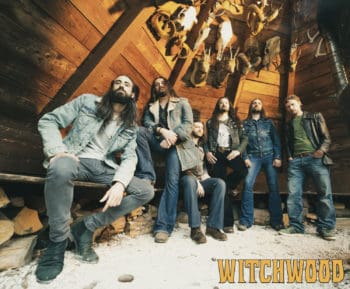 “Feelin” has quite a strong BOC sound, especially around the chorus. It opens all wah-wah guitar with Hammond playing underneath until it switches around. The overwhelming sound of the 1970s runs through this in all its fabulous glory. This manages to include a synth, jazz piano and funky guitar solo before the bass player gets to show his skills in a battle with the guitar, the song is only 4 minutes long. Oh, it still manages a flute solo before the end too! Is it overindulgent? Possibly, what I do know is that it is a whole lot of fun.

“A Crimson Moon” starts with flute and eastern sounding acoustic guitar. This is a much more mellow and reflective, almost a classical piece, delicate and fragile. If you can imagine Opeth at their most gentle then you are in the ballpark sound-wise. This is one of the tracks that Diego Banchero guests on playing fretless bass.

“Hesperus” is up next. One of the longest songs on the album. The title refers to the Evening Star, the planet Venus. Being longer some of the passages are allowed to be explored and enhanced a bit more. This also features what I would say are the best guitar solos on the album, tasteful and elegant, less flash more mood and melody. Of course, there is a flute solo that matches them when it arrives. It is one of the heaviest tracks with the opening reposte grabbing attention right away. The chorus is more melodic about the star that guides them in the night. The ending is fairly abrupt coming after a short Hammond lead. Would like that to have been a tad longer as it was rocking.

“No Reason To Cry” has a funky groove-laden riff to get it going. The break is almost disco in style (gulp) with keys and a spacey drum beat underneath. It is fairly perky and gives Royal Republic a run for their money for a short time. “Nasrid” is another gentle piece with acoustic guitars and flute taking centre stage. Keeping things varied and interesting this also features an opera singer called Natascia Placci wailing notes over it at points. Strangely the melody reminded me of music from a spaghetti western. Bizarre but that is what it evoked in my mind. It also was a little like Therion at their most gentle and classical. Nice change of pace and vibe. 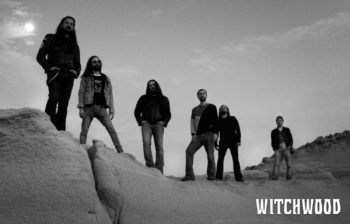 “Crazy Little Lover” is a more blues and soul track with some late-era Purple going on, the funky stuff. This has quite a bit of harmonica and the opening sounds like swamp music. The harmonica interjects between the riff when it kicks in. There is foot stomping and hand clapping at points. I did note the name Humble Pie (especially from their live recordings) in my scribblings and it has that soulful bluesy sound mixed with a touch of jazz (especially on keys) along with female backing vocals from Jenifer Vargas who takes the lead before the end. Possibly my favourite track, just classic 70s with the musicians getting to play whilst the singers moan away saying so much whilst not actually singing anything decipherable.

The last original song is “Slow Colous Of Shade” and is the longest at over 10 minutes. It feels more mainstream than some of the other songs apart from the midsection. This is another that has an early Heep feel about it before heading into a doomier riff ala Black Sabbath. I suppose with the mix of that and flute it is a little reminiscent of UK band Black Widow. It turns into something darker, crazier with eery synths and darker flute sounds along with a chant of “it’s coming/rising from the sea” which is done like an incantation. It does return after that to the more melodic opening section for a while. And it fades out with the sound of the sea.

The last song on the LP version of the release is the cover “Child Star“. As stated it is from the earliest period of the band that became known as T.Rex from when they were psychedelic and less commercial. They have played around with it a bit as originally it was a 2-minute piece but here it is 6. It is in keeping with the original as it is folky and slightly “out there”. An unusual choice to be honest but it sounds pretty good as an extra track bonus-wise.

The 1970s are alive and well it would appear. If you “dig” that era and bands that allow solos, can go off at tangents, manage to be heavy, funky, soulful and ethereal on the same record then this is 100% for you. If you like Purple/Heep/Sabbath/Tull etc and are longing for new music in that vein that more than holds its own then I highly recommend Witchwood. I fell in love with it on first listen and after having listened to it a good number of times still love it. I grew up listening to this kind of stuff, bands that were more about the music than worrying about trends or being hip. A late contender for my top 10 of the year (I normally don’t add albums that I haven’t had time to live with) as it is that good.

Purchase CD via Amazon UK / Purchase via their Bandcamp Page