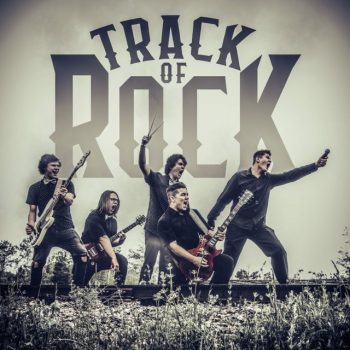 So many times I have heard that “Rock is Dead“. If you agree with that statement, then you’re in the wrong place and I will wait for you to throw your ass outta here…go ahead, and don’t let the door hit ya where the good Lord split ya.

Now that that’s done, let me tell you how wrong that statement is. Rock is very much alive and well and in some parts of the world it’s thriving very well. No, I don’t mean older bands reforming, nor going out as nostalgic acts. What if I told you about a hard rock band comprised of youths aged from 16 to 17 years old? Would you believe me? Maybe if I mentioned that they are influenced by the Hard Rock of the ’80s that many of you love? Interested then? The band I’m raving about are Track Of Rock.

About Track Of Rock

Hailing from the small city of Lamèque, New-Brunswick, the members of Track Of Rock are Adam Blanchard who wails on rhythm guitar & vocals, Alexandre-Martin Saulnier shouts to the rooftops on vocals, Dilan David beats the hell out of the drums, Fabrice Noel shreds on lead guitar and vocals, and finally Rémi-Pierre Paulin pounds on the bass and vocals.

Your typical kids garage band, this is not. These guys mean business. Having just released their self-made, self-titled, on August 24th of this year. You will know these guys aren’t kidding around after the first listen. Serious time and effort have been put in to create a great Hard Rock album for their listeners. Last year alone they won all the available prizes of the 2018 edition Accros de la chanson musical contest, with some of them being: first-place winner, public choice and Acadie Rock prize just to name a few. Also, they’ve had an acclaimed slot opening for the legendary rock band Loverboy last summer and have played many other festivals as well like Caraquet Acadian Festival, Acadie Rock Festival, Oktoberfest Festival, FrancoFête, and many others.

The album, Track Of Rock is constituted of 8 original compositions, with 2 being in French, and the 6 remaining ones being in English. It is now available on Spotify, Apple Music just to name a few. Track Of Rock was fully recorded in three days, at studio La Classe of Memramcook, NB this past March. Georges Belliveau was the producer, Danny Bourgeois handled the editing, and Mike Bourgois worked on the mixing, and lastly, Jean-Pascal Comeau took care of the mastering. These people are all staff from the Studio and after hearing the album, I say they and the Band did a terrific job! Also just to remind everyone this band is not endorsed by any companies or labels. They have accomplished all of this 100% on their own up to now.

The band also claims with much pride that they also have a musical set that can allow them to play shows that can last up to an hour and a half. The sets are comprised of the band’s original tunes, and also some covers by bands such as KISS, AC/DC, Twisted Sister, and many more. 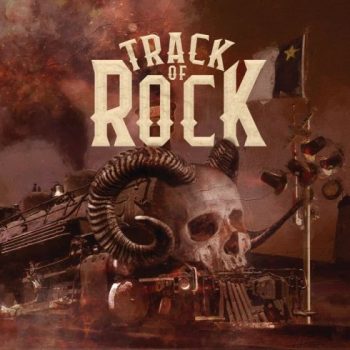 The self-titled album Track Of Rock kicks off with a great hook and some terrific cowbell. Soon the guitar comes slamming in and pulls together with the vocals making a groove that would have anyone’s fist-pumping in the air and singing along with “Girls Gone Wild”. Probably my favourite track on the whole album to be honest.

Kicking right along is “Let’s Rock”. This track has a simple, but very effective riff to start things off, but once again, the song pulls into a tight sounding group effort and creates yet another stunning sound, that makes it hard to believe that these guys are so young.

“Forever Mine” is next, and starts off with a beautiful guitar before being joined by the drums in a somber tune about what I am sure is what’s on the minds of many younger listeners. The song starts to get a little grit, then builds for the chorus and comes right back down again. It builds into a stunningly well written and very well played (not to mention well-produced) track. This personally is my second favourite on the album.

More cowbell greets us listeners next and is caught up into a simple, but effective guitar riff. Soon the salty vocals enter, and we are off again. Toe-tapping and ass-kicking is the only way I can describe “Devils Pact”.

The rest I’m going to leave as a surprise to future listeners. All I can say is it’s worth checking out. I cannot speak, nor understand French but even those two tunes are a great listen.

As I’ve stated many times before. Music is alive and well, and thriving all over the world. If the youth of today put forth the talent and effort like the band Track Of Rock, then I foresee a very bright future for the Hard Rock Genre of tomorrow. Give these guys their props. They more than deserve it. All done by themselves, and to end with a fantastic album like this. I hope that it pays off for them, because they have a fan in me, and I truly hope to hear more from them in the future!