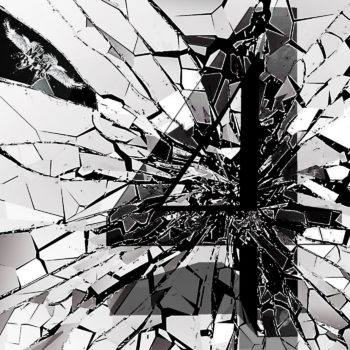 Full disclosure: I really, really like The Metal Byrds. When people ask me for an indie band who is making great hard rock right now, they are my go-to answer. The combination of Suzanne Birdie‘s enchanting voice and Sly Rye Whisky‘s fast fingers and unique tone results in rock and roll perfection. Kevin Kurts on bass and Alex Romanov on drums don’t get enough props for their amazing work.

The latest album 4 does not disappoint. Of course with the singles “Life of the Party“, “Spitfire Pete“, and “Absolute” in heavy rotation on CGCM Rock Radio, it’s no surprise.  The production on the album is amazing, especially with Birdie‘s vocals. It’s like they cloned Suzanne and dropped her in different places throughout the record to back up and harmonize with herself.

Sly‘s guitar work is incomparable, he can rip “Spitfire Pete“, he can lay down some psychedelic vibes on “Absolute“, and he can also simply accompany, like on “Midnight With You“. 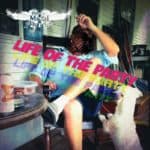 The album blasts off with “Life of the Party” which, as you can imagine, is a fun party rock song. Something about Birdie‘s attitude reminds me of Debbie Harry on this track. The song sets the party tone. “Just So You Know” keeps it going with heavy beats in a song that feels like after midnight. On the other end of the spectrum, we get “Absolute” which feels like the consequences of the first two cuts. Rye absolutely blows up this song.

One of the great surprises on 4 is “Midnight With You“, a sparse, stripped-down song that oozes rhythm. It contrasts really well with the first three songs. Here the emotion is so relatable. Yeah, it’s fun to party like a rock star, but sometimes watching reruns of the Twilight Zone are the best of times. For me, slowing down and listening to a well-crafted, simple but bouncy beach campfire song is the best of times. 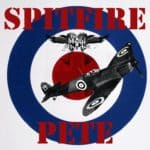 The second half of the album takes off with “Spitfire Pete“, which was the first single on the album. The song is such a treat and has an interesting story behind it. Look it up!  The next three songs are all great. The possibly auto-biographic “The Most Difficult Girl In The World” showcases Suzanne‘s powerful voice, “Little Lies” soars as an ode to AOR classics, and “Midnite Fury” closes out the album with a bang.

I wrote a lot about the individual talents of Suzanne Birdie and Sly Rye Whisky, and for good reason. But The Metal Byrds is even better than the sum of their parts. The album order shows an attention to detail of a band committed to the whole listening experience. The production on the album is amazing. They are also constantly throwing curveballs. After the first three singles, I never would have expected songs like “Midnight With You” or “Little Lies“. They’re different, but still, have the same cohesive energy as all Metal Byrds songs.

As always, The Metal Byrds deliver a great rock record.