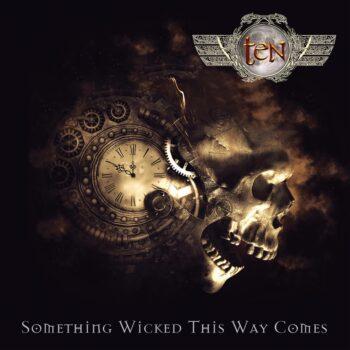 New release from: TEN – Something Wicked This Way Comes January 20, 2023

UK hard rock stalwarts TEN/Gary Hughes used the downtime during the worldwide pandemic to work on not one, but two new albums. The first album to be released, Here Be Monsters, landed on February 18, 2022 via Frontiers Music Srl. And now, the label is pleased to announce the second album of the two, Something Wicked This Way Comes on January 20, 2023. A new single and video, “The Tidal Wave” is out today. Watch the video below.
Pre-order/save Something Wicked This Way Comes below.

Something This Wicked Way Comes Tracklisting:
1. Look For The Rose
2. Brave New Lie
3. The Tidal Wave
4. Parabellum
5. Something Wicked This Way Comes
6. The Fire And The Rain
7. New Found Hope
8. The Only Way Out
9. When The Darkness Comes
10. The Greatest Show On Earth