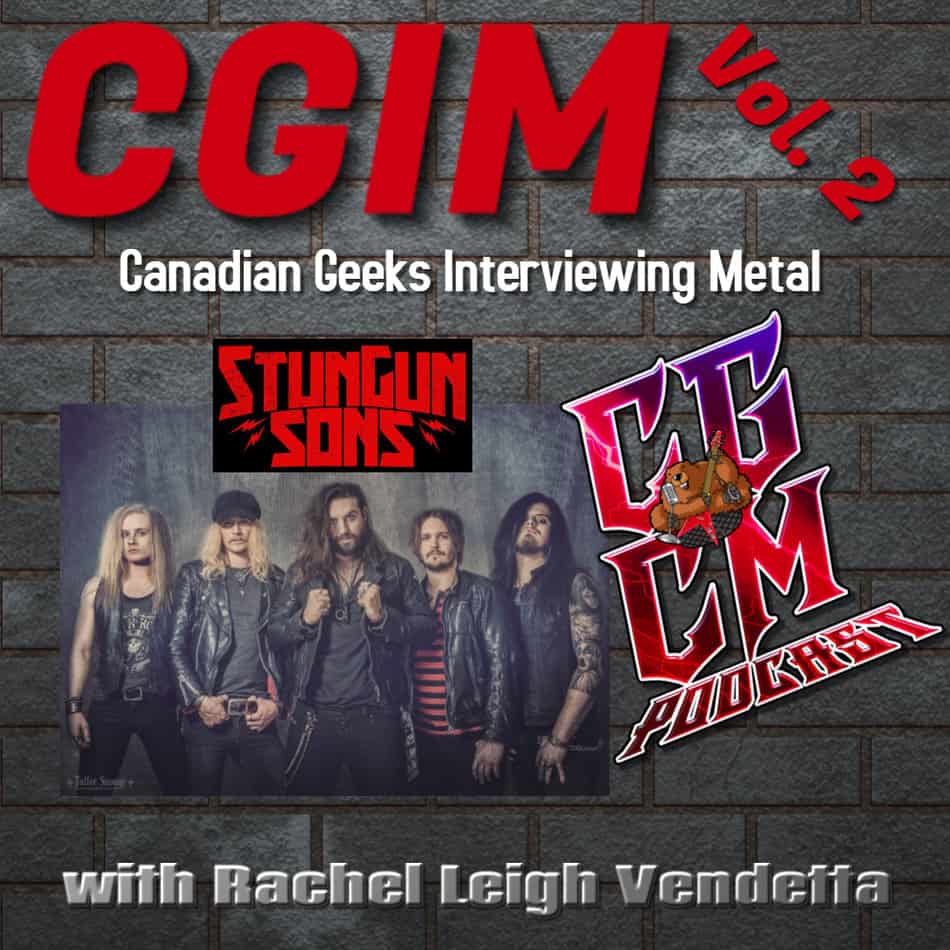 The CGCM (Canadian Geeks Chatting Metal) Podcast/Website is proud to present our latest segment. Welcome to CGIM (Canadian Geeks Interviewing Metal). Our website contributing team, be them in Canada or around the world, are always attending gigs. Often they are hobnobbing with the musicians. So why not present them interviewing musicians? These audio interviews can […]

Shawn “Animalize” Irwin of CGCM Podcast recently attended Lindsay Schoolcraft‘s concert in Toronto. The gig, held at The Garrison, served as the album release party for her debut solo effort titled Martyr. The album became available in October and Shawn reviewed it here for CGCM. As a big fan, Shawn also visited Lindsay for an […]

CGCM Podcast/Website‘s newest contributor, Ian Spencer was on hand recently for Michael Monroe as the former Hanoi Rocks man stormed the Club Academy in Manchester UK. The gig was a part of Monroe‘s recent UK tour which included a set at HRH XIII which we featured in our CGCM Podcast EP#82-HRH XII. And check out CGCM […]

Seeing that Finnish band Battle Beast signed on to tour North America with Kamelot and Sonata Arctica both Shawn and I were interested. To be honest, my band out of those three is the stage setters of Battle Beast. Personally, I’m not much into Kamelot or Sonata Arctica. But is it worth the ticket cost […]

One of the perennial favorites with the Sweden Rock crowd. Saxon debuted in 1979, made it big the following year with sophomore effort Wheels of Steel, and have ever since with slight deviations delivered classic British heavy metal on 22 studio albums so far, most recently Thunderbolt (2018). Saxon‘s consistently high standard on record and […]

The Rainbow story begins in 1975, when one of the world’s biggest guitar heroes Ritchie Blackmore leaves Deep Purple for a new project. Until 1984 Rainbow is a waterhole for some of the greatest musicians in hard rock, releasing seven studio albums packed with classics like “Man on the Silver Mountain”, “Stargazer”, “Long Live Rock’n’Roll” […]

The Tunisian masters of prog metal have released four albums since 2007, most recently Legacy (2016), and number five is in the making. Being influenced by Tunisian folk music, Myrath have developed a very personal sound, sometimes referred to as “oriental metal”. The band has toured the world with the likes of Robert Plant, Dream […]

The first time I heard Danko Jones “Bounce” I was overtaken. His sound was so different, so fresh. It had a funk to it but was also balls-out hard rock. The song used to play on the radio in the kitchen at work or in my car while I was delivering pizzas thanks to the […]

One of the most talked-about power metal projects ever was formed in 1998 by singer Hansi Kürsch (Blind Guardian) and guitarist Jon Schaffer (Iced Earth). After two lauded albums, Demons & Wizards (2000) and Touched by the Crimson King (2005), the project was put on ice indefinitely, since both main men were so busy. But […]

Sometimes it’s good to try new things. Get out of your comfort zone. I did just that at Sweden Rock 2019. All hell-bent for leather on seeing Saxon on Saturday, June 8, 2019, at the festival, that plan dissipated surprisingly easy. It was suggested to me that “you’ve seen Saxon many times”. Indeed I have, […]