When I made the decision to trek from Toronto, Canada over to Nottingham, UK for Firefest: The Final Fling in October of this year I knew a good portion of the bands on the roster for the three day event.  Some I knew quite well, some I had been waiting all my life to see […]

Anarchy in the U.K. – The Story of Two Canadians at Firefest: The Final Fling (Photography by Shawn Irwin) Part 3 of 3 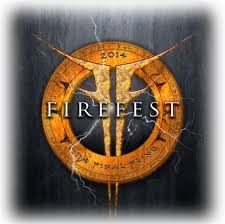 Marty/Meister/Shawn ready to rock On this third and final day of concerts at 2014’s Firefest: The Final Fling here in Nottingham, England we were still quite energized and were up and attacking the Hilton buffet once again at a reasonable hour.  Shawn, proudly sporting his newly acquired Black ‘N Blue shirt, was ahead of […]

Anarchy in the U.K. – The Story of Two Canadians at Firefest (Photo Galleries by Shawn Irwin) Part 2 of 3

Meister & Scott Still reeling from Friday’s concert events at Firefest we arose on Saturday morning and again raided the Hilton’s breakfast buffet.  We greeted several folks that we had already met and even a few new ones as we ate or passed through the hotel lobby.  As we were looking to take up […]

Nottingham, England, probably most well known in stories of Robin Hood, was the scene of the crime so to speak.  The population of the storied city swelled with tattooed, long-haired rockers the weekend of October 23-26, 2014 with the arrival of the annual Firefest Festival.  It was almost like there were two types of group […]