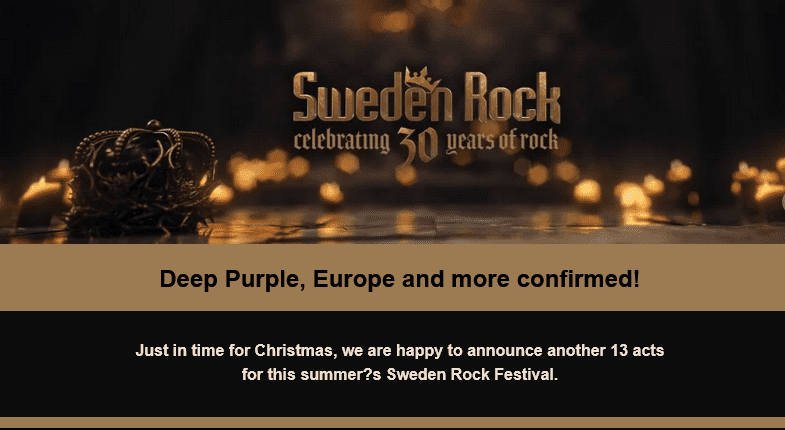 Just in time for Christmas, we are happy to announce another 13 acts for this summer’s Sweden Rock Festival. DEEP PURPLE For the first time in 17 years, one of the truly pioneering bands of the hard rock genre are returning to Sweden Rock: Deep Purple became legendary in the ’70s, made a sensational comeback in […]

New release from: Airbourne – Boneshaker October 25, 2019 For their fifth studio album, ‘Boneshaker’, all-action Aussie rockers Airbourne decided to take the bolder path; to align with arguably Nashville’s Number One producer, Dave Cobb, whose credits include both Chris Stapleon and the ‘Star Is Born’ soundtrack, as a way of staking out new turf, […]

Hello, and welcome to Decibel Geek. For the uninitiated, we are a hard rock/heavy metal website and weekly podcast. Decibel Geek began as a weekly podcast presented by hosts Chris Czynszak and Aaron Camaro and has grown into what you find here today. Alongside the weekly issued, absolutely free podcast episodes, our website features photograph galleries […]

Sweden Rock Festival 2015 – Thursday, June 4, 2015 Here we are for the first full day of the 2015 Sweden Rock Festival. Yesterday was an awesome start to everything for Laura and myself and late last night The Lionsheart arrived and was situated at Innergardens BnB when we returned from concerting. Decibel Geek staff writer […]