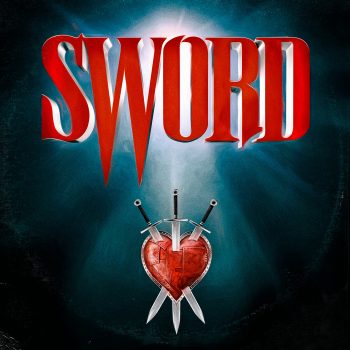 In 1986, Sword took the rock world by storm with Metalized, a debut album. The second album, Sweet Dreams, was released two years later and… we had to wait until 2022 for the sequel with album III.

The second half of the 80s saw Sword touring Europe and the United States with iconic bands such as Metallica, Alice Cooper and Motörhead. : two sold-out shows in Quebec, Heavy Montreal festival in 2012, headliner of the Harder Than Steel festival in Germany and a show in Montreal in a packed Club Soda. And more recently, last August, the group was invited to play with Anthrax, Black Label Society and Hatebreed at the Cogeco Amphitheater.

On “(I Am) In Kommand“, the first single from III, Sword addresses assertiveness, living life without fear or regret. “Dirty Pig” deals with a very current subject: the abuse of power and trust. On “Unleashing Hell“, the group remembers its beginnings: “1986 in Montreal making music and rattling walls, in our twenties and standing tall, setting fires in every hall. (1986 in Montreal. Making music and shaking the walls. Twenty-something full of confidence. Setting fires in all the halls).

In 2022, Sword is back, stronger than ever! Album III is proof of that, and the shows to come will amaze your eyes – and your ears.

SWORD – (I Am) In Kommand (Official Video)