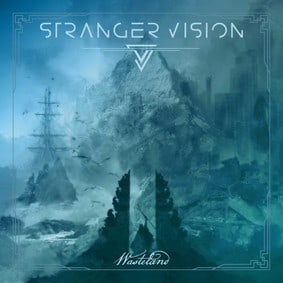 STRANGER VISION, the rising Power Metal group from Italy, will release its new album Wasteland on November 4th, 2022 via Pride & Joy Music. The group’s third single and video for the track “Desolate Sea” has been released in advance!

The band says about the new single & video: “Desolate Sea is inspired by the second chapter of Wasteland, a poem by T.S.Eliot, where the main theme is the absence of physical and spiritual love, caused by the sterility of communication.

All the images described in the chapter are filtered by the legend of Tristan and Isolde, symbol of romantic love that ends in illusion. Indeed, Tristan waits in vain for the arrival of his beloved on the waves of a desolate sea. The two lovers will reunite only in Death.

WATCH the video below.

STRANGER VISION were born in 2019, aiming to create and realize an extremely personal vision and sound. Catchy music, but not cheesy. Magniloquent, but not tawdry. Technical, but not complex. Modern, but not pimp. And powerful, above all.

The captivating energy of STRANGER VISION comes from the toughness of an exquisitely metal impact and the penetrating power of the melodies. Their style is proficient at generating violent and pleasant sensations, both on artistic and emotional level.

Despite the rich songwriting and accurate arrangements, the creative process of STRANGER VISION is very free and spontaneous. Some sources of inspiration can be found in the limitless storytelling skills of Savatage, the percussive intensity of Symphony X and the fluent harmonic layers of Blind Guardian, but any influence is deeply reworked by the unique personality of the band.

The interest of STRANGER VISION in human sciences – with special regard to literature, poetry and philosophy – is deepened in thoughtful lyrics, yet open to free interpretation. Wasteland is a concept album celebrating, exactly 100 years after its first publication, Thomas Stearns Eliot‘s eponymous poem, published in 1922 and considered one of the great masterpieces of modern poetry.

Wasteland also features some stunning collaborations with prestigious international guests, such as Tom S. Englund (Evergrey, Redemption, Silent Skies) on the song “The Deep” and the almighty Hansi Kürsch (Blind Guardian, Demons & Wizards) on the title track. A pretty consequence of STRANGER VISION’s victory at the Imagination Song Contest hosted by the Bards of Krefeld themselves.

Magnificently mixed and mastered by Simone Mularoni (DGM) at the renowned Domination Studio in San Marino, the new album Wasteland will undoubtedly pursue the never-ending path of a steadily growing career, which can finally take flight along with the complete restoration of concert-related activities. The artwork was designed by Gustavo Sazes (Angra, Firewind, Cyrah etc.)