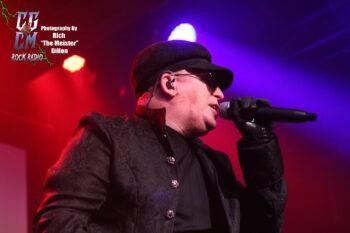 STORM FORCE in the Hammer

Saturday, November 12th. Loaded up the car, picked up the Meister and headed West. To the city of Steel! Hamilton, Ontario or the “Hammer” as many refer to it as was playing host to a little metal show featuring Storm Force and local metal heroes Sarasin. Road trip was definitely in order.

The Meister and I arrived early as usual. So we decided to grab a bite to eat and a beverage before the show. I grew up in Hamilton and so we toured along Barton St.  I pointed out a few of the buildings where years ago I would witness some of rock’s finest. The Jockey Club and Dallas where I would check out the likes of Helix, Lee Aaron, Coney Hatch, Killer Dwarfs, Sven Gali and of course BRIGHTON ROCK.

Tonight’s show was at a place called Bridgeworks. This was a new one for us but a cool setup indeed. Once inside we were warmly welcomed by the guys in Storm Force as they completed last-minute set-up tasks for the show. 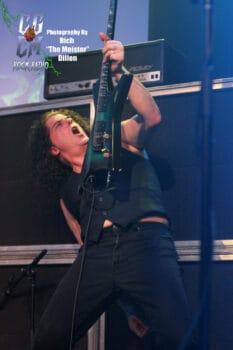 In case you have been living under a rock, Storm Force is a band put together by Brighton Rock’s guitar player Greg Fraser. Their debut album Age Of Fear was released back in January of 2020. It topped the Official CGCM Top 10 albums of the year for 2020. To quote my favourite review of the album, “This album is damn near flawless. Age of Fear is quite simply a melodic rock masterpiece”.

At 8:00pm sharp the boys marched to the stage. Greg asked us if we wanted to bring them up. The Meister was prepping his camera equipment so I jumped onstage and had the honour and privilege of introducing the band.

They kicked into “Age of Fear“, the title track to their debut album and once again Storm Force tore the roof down. I grabbed a spot at side stage. Immediately I noticed the sound mix was absolutely amazing. It’s not often you get perfect volume and can clearly hear all of the instruments crystal clear so kudos to Mr. Soundman.

As the band ripped through song after song I looked out at the crowd and could see the absolute joy and happiness on their faces. Singing along, dancing and throwing fists in the air. It was great to see. 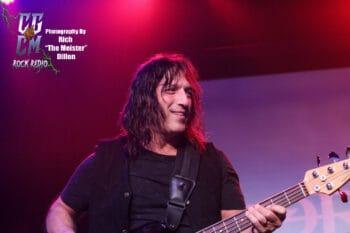 Like Brighton Rock, Storm Force is the perfect blend of hard rock and melody. They embody everything I love about music. Greg Fraser is absolutely one of the unsung guitar heroes and he is still killing it. As I took it all in I made a couple of observations that I want to share. The first is bassist Mike Baradelli. This guy is so much fun to watch, constantly smiling as he hammers his 5-string fender like it owes him money and then there is vocalist Patrick Gagliardi. He is a pint-sized dynamo that could sing the bloody phonebook and I would buy it. Absolutely one of the greatest vocalists out there. I am talking Dio, Halford, McGhee league vocals. Roger Banks on the drums and Mike ‘Benny’ Bedrosian on the keys rounded out this incredible lineup.

Patrick announced to the crowd that Hamilton was of course, the hometown of Brighton Rock‘s late vocalist, Gerry McGhee. The audience cheered in appreciation and the band tore into a tribute playing three Brighton Rock classics lighting up the room. This was made extra special as it was announced that Gerry‘s wife, Carla was also in attendance.

Turning their attention back to their own songs, they closed out the show with a couple more from the debut album. It was a shortened set. This was expected as they were the support act on this night but it was a great night in the Hammer. I understand Storm Force is hard at work on their sophomore and this time they can hopefully get out on a proper tour. The world needs more Storm Force!

****UNFORTUNATELY due to early morning work obligations the Meister and I had to pull the plug early and we had to miss Sarasin‘s set. I heard it was killer and kudos to Roger for pulling double-duty drumming for both bands. Our apologies to Sarasin for missing the party.****