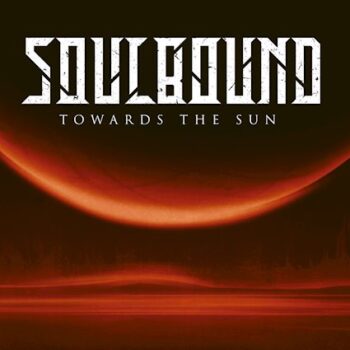 Soulbound are re-releasing their out-of-print and fan-favorite debut, Towards the Sun, on Metalville Records.

The album, originally released in 2012, is now available for the first time as a CD digipak and also contains mostly unreleased bonus tracks, three of which were recorded at the Online Music Festival in May 2021. At this festival, the band was able to welcome some interesting artists from their circle of colleagues and friends as guest musicians: Vdiva of Hell Boulevard, guest vocals on “Addicted to Hell”; Kai of Parasite Inc., guest vocals on “Unleashed Aporia” and Annie Hurdy Gurdy, hurdy-gurdy on “Undone.” In addition, the version now available contains two Harpyie covers and a Parov Stelar cover.

With Towards the Sun, the band immediately established themselves as one of the most ambitious newcomers on the scene. Soulbound stand for modern and dark industrial/gothic metal, skillfully mixing catchy melodies with dystopian and socially critical lyrics. The sound of the band from Bielefeld, Germany is diverse and varied, but always carries its own unmistakable note. Soulbound are pure energy, and anyone who has ever experienced the musicians live will be able to confirm exactly that.