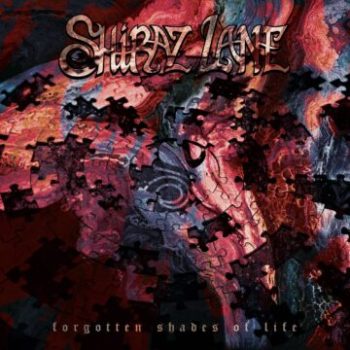 2018 saw the release of the superb Carnival Days album, itself a huge leap forward in the band’s development from their acclaimed debut For Crying Out Loud and whilst the pandemic put the next album release on hold, Shiraz Lane continued to release great tunes on EP. Now in 2022, we are presented with their much anticipated 3rd full album Forgotten Shades of Life. Due for release on the 12th of August let’s have a listen.

“Back to Life“: opens the album with a bullet of a tune, from the opening riffs you begin to experience the amazing talent that is Shiraz Lane. Thumping along Hannes demonstrates his simply stunning vocal range. The song powers along with subtle drop-offs in pace bringing back memories of Shark Island‘s “Paris Calling“.

“Maniac Dance“: provides a slightly funkier vibe, full of those great riffs, and catchy chorus this is gonna be a crowd favourite. The track heads towards a positively blues crescendo, demonstrating their ability in mixing it up but still coming back with a final blast of the infectious chorus. 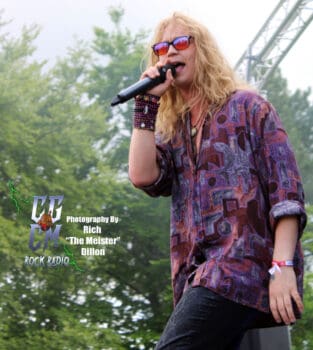 “Scream“: not a new song to many but great to see it on the track listing. This song represents the demons many of us face with mental health issues. The top end of Hannes‘s vocal range is incredible in this catchy song, sorry ANTHEM… Expect this to appear on many live set lists, and that is great news for the fans.

“Forgotten Shades of Life“: the title track of the album brings us some respite with a slightly slower pace, but no less intensity. Almost a Led Zep vibe at times, but once again Shiraz pull it out the bag with this ‘lighter’, or ‘mobile phone’, in the air offering.

“Animal“: picks up the pace again and powers us into something faster and heavier. You can’t help but bang your head to this absolute belter of a track. Dare I say there are almost early Metallica traits when Jani brings his axe to the party. 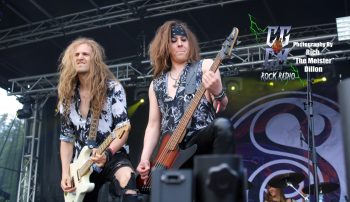 “Disconnect from the Matrix“: the 1st single released from the new album earlier this year, another hard thumping track, one again mixing up the pace as the track progresses. This is something we’ve not heard from Shiraz before, but as the whole album is proving to be full of new ideas, it just proves that Shiraz are not afraid to break new ground, whilst keeping that catchy, thought-provoking, chorus and thumping riffs.

“Haunted House“: launches us into Southern rock sound and vibe to it. The thumping riffs are less apparent there is a lighter feel with this tune, a little more commercial sounding to what has come before, but nonetheless the song is still is as catchy as COVID…

“Who’s Watching“: opens with saxophones. What? I’m now transported into a blues club as this 2-minute epilogue to “Haunted House” brings us back to earth and allows us time to take a breath. Good job as it’s getting harder to breathe. 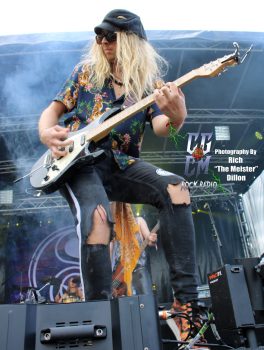 “Letter to Yourself“: is another ballad that wouldn’t go amiss on MTV back in the ’80s. Hannes‘s voice is once again demonstrated to its full in this song proving him to have one of the most incredible and unique voices and vocal ranges in the current rock scene.

“Imagination“: concludes the album and provides a 6-minute roller-coaster of varying paces and styles. All held together in true big chorus Shiraz style.

This album is another massive step forward for Shiraz Lane in their bid to stamp their authority on the rock scene. Utilizing Hannes‘s unique vocals to the max this album offers fantastic riffs, fantastic tunes, unbelievably catchy choruses and demonstrates that Shiraz Lane continue to progress as a band. This is a stonking 9/10, breaking new ground yes but still 100% Shiraz Lane, and that is a very good thing.