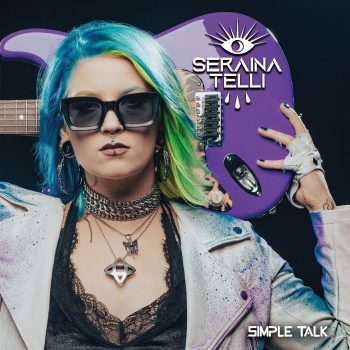 Female-fronted rock has a new face: Seraina Telli. The charismatic Swiss singer leaves a lasting impression, visually and musically. Her music is as colourful and varied as her hair colours, one of her typical distinguishing features. The multi-talent is reluctant to be tied to one style, as her previous musical career shows. As the former frontwoman of the Swiss heavy metal band Burning Witches, she shook the stages of major rock festivals such as Bang your Head and Leyendas del Rock for four years.

Now the time is ripe for her solo project, named after herself: Seraina Telli.

“I am what I am, and that’s just right!” This message is very important to Seraina Telli. She wants to motivate other women, in particular, to believe in themselves, to be completely with themselves and, above all, to stay that way.

Colourful, loud, different, and above all, unique! With a style of music that “Straight in your Face Rock” couldn’t describe better. All of this and much more is Seraina Telli! Cover and tracklisting for Simple Talk are as follows: