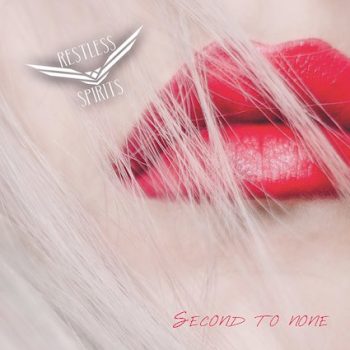 RESTLESS SPIRITS – Second To None

Restless Spirits‘ Second To None not only highlights Hernando’s talents as a musician and songwriter but also showcases some of the most outstanding vocal talents around, regardless of genre. A must-hear for fans of melodic hard rock and AOR!

Lords of Black guitarist Tony Hernando is one of the most talented and prolific musicians in the European hard rock scene today. His debut album under the moniker Restless Spirits saw Tony stepping away from the metal musical style Lords Of Black that he is known for and featured different singers on an array of songs covering the melodic hard rock genre. Guest vocalists included a who’s who of the current melodic and hard rock scenes: Johnny Gioeli (Hardline, Axel Rudi Pell), Deen Castronovo (Revolution Saints, ex-Journey), Dino Jelusick (ex-Animal Drive), Kent Hilli (Perfect Plan), Alessandro Del Vecchio (Hardline), and Diego Valdez (Dream Child). Deen Castronovo also played drums on the entirety of the album.

Second To None Tracklisting: