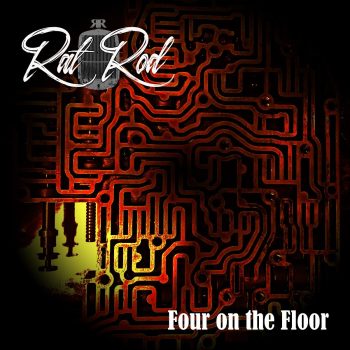 RAT ROD – Four on the Floor

Philadelphia hard rockers Rat Rod are cut from the same cloth as many of your favourite Australian rockers. Bands like Rose Tattoo, The Angels, a li lol band called AC/DC … as well as a few American contemporaries namely, Dirty Looks, Dangerous Toys and Rhino Bucket.  So, when you pop this into your player it’s going to sound awfully familiar … but brand new at the same time.

Rat Rod’s newest album, Four on the Floor, due 18 November through Shock Records / Vanity Music Group is the band’s third and sees the band go from strength to strength as evidence of their growth from their 2017 debut Do You Remember Rock and Roll.

Ten tracks comprise Four on the Floor, an album that starts out with the crowd favorite “Cars, Guitars, and Rock-n-Roll,” an up-tempo rocker and bit of a biography about Mark. “All or Nothing” is as the title suggests, giving it everything you got.

“Call Down the Thunder” keeps the energy up and is actually the sequel to “Peacemaker (Ballad of Tombstone)” from Light Em Up.  “Hella Ride” is the debut single and is equal parts ode to a pretty girl and a life well lived in that mid-tempo “Alright Now” sort of vibe. “Motherload” gives the listener a chance for a breath as the slow blues beat lays a bed for Mike to growl the desire to have it all. The back 5 consists of “Speed of Light” “Not Your Fool” “Stole My Soul” “Resurrected” and the album closes with “Knock ‘Em Down.”

Straight to the point, no frills, no bullshit 4/4 hard rock is what Rat Rod does best.  And they do it better than just about everyone else.

Play it loud – your neighbours will thank you for it!