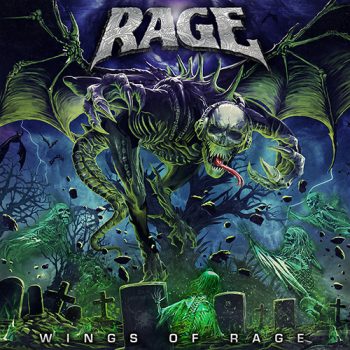 A Bit About The Band:

On January 10 Rage release a brand new album called Wings Of Rage, their 25th studio album if you include the one they did under their previous name Avenger! Starting in the 1980s this is their 5th decade of making metal music which is very impressive indeed. The mainstay is, of course, bassist and vocalist Peavy Wagner who is ably assisted on this album for the third time by Marcus Rodriguez on guitars and Vassilios Maniatopoulos on drums who both joined 2015. The new album continues the trend for more straight-ahead thrash and speed metal as opposed to the more symphonic style that made up much of the 2000 era. There are still a couple of tracks with orchestration but most of the album is drum, guitar and bass pounding out anthemic songs with a growl.

They are a band that keeps up a good standard of output with no real bad albums in their catalogue. They write good songs with fine riffs and melodies throughout them. Glad to say the standard here is still high. Even the more average songs are decent with the good songs definitely ready to take their place in the best of Rage category.

Opener “True” gets things underway nicely. Sound effects of wind, thunder, rain, wolves howling and people screaming continue into the opening riff. When the voice comes in it is threatening and husky which changes into his normal voice at the end of the opening verse. The chorus is strong and infectious. The little guitar licks between the riffs add a touch of elegance to it all. There is a sweet call and refrain between the band and Peavy that I imagine will be a crowd involvement moment live.

Lyrically there are a number of songs that seem to be about the futility of war and those who lost their lives due to leaders not being able to seek agreement. It is a subject the band have written and sang about before (“Carved In Stone” for one). The lead single “Let Them Rest In Peace” is almost their take on Black Sabbath’s “War Pigs”. Soldiers are sent as “fools for gold”, and they are always “someone’s father, someone’s son” just led to “their slaughter”. It is always for the “greedy” that wars are fought. This is an absolute belter in my view. The riffs are solid and the melodies, especially at the chorus, are strong. I think the line “you cannot value what they gave you when they fall” really resonates when I think about the sacrifices made especially by previous generations. 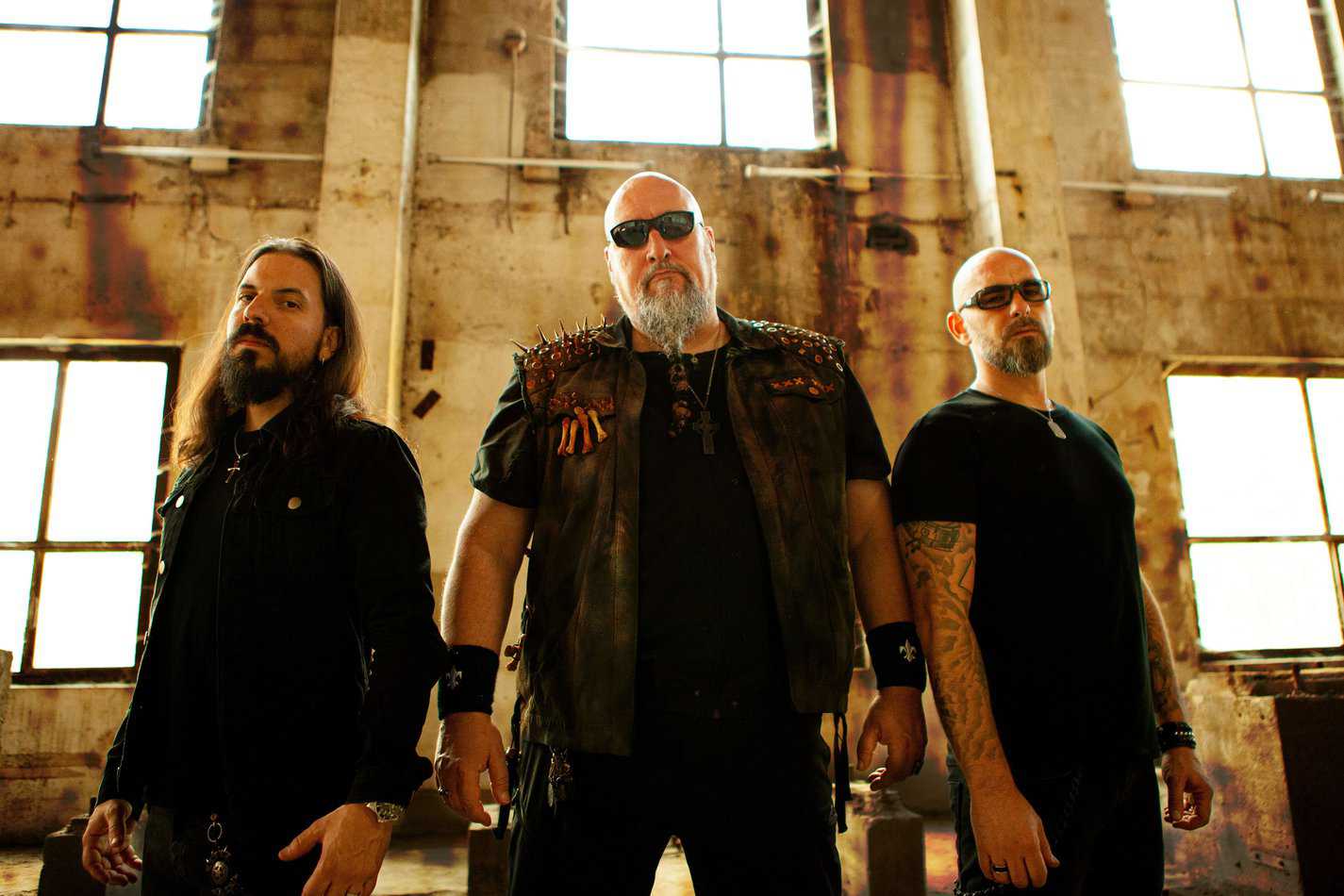 Also on that theme is “A Nameless Grave” which looks at how we remember the warmongers but not the ones used as cannon fodder. This is one of the tracks with the use of orchestration. Between that and the lyrics, it is a haunting and powerful piece. There is an eerie vibe at times capturing the essence of the subject matter along with possibly my favourite guitar solos on the album. The drum fills are spot on and drive the song along. Great writing and execution with subtle orchestration. One of the finest tracks on the album.

The Final Track of the Theme:

The final track on the theme is, I think, the first anthemic song of the 2020s. “Shine A Light” is a lighter/camera phone moment waiting to happen live in concert. With a haunting start (thanks to the orchestra) and another delightful guitar motif this is fantastic. It sticks with you long after you have stopped playing it. Those in the trenches “pay the highest price, their lives have been sold”. The chorus is beautiful. They “Shine A Light” on our way. The guitar solo is sumptuous and the drums around it just add to the moment.

I woke up a few times on New Year’s Day (due to meds) and each time I woke up the melody and chorus were being sung in my head (not out loud, the kind people I was staying with didn’t deserve me singing in their home!) and I hadn’t actually listened to it the previous day. It was the first tune to be in my head at the start of this new decade. I have a feeling I will still be blasting it at the end of it! Great song.

The rest of the album is still quality although the above are for me the strongest tracks. Other songs which stand out include title song “Wings Of Rage” a thrashy piece with a massive chorus and some lovely guitar licks, “Blame It On The Truth” with its thunderous drumming and time changes and “Tomorrow” with is lovely vocal opening and full over the top power metal chorus.

Once again Rage delivers a good quality album, one which will not disappoint hardcore fans and for those who are so far unacquainted with the band, this is as good a place to start as any… you have lots of great music to catch up on through all the eras of them!