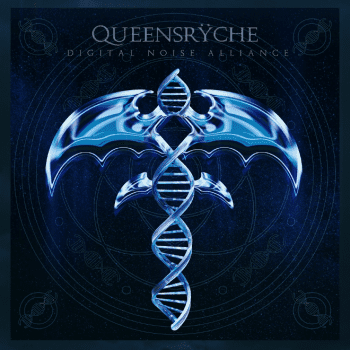 With a career that not only spans but has charted the course of multiple genres, QUEENSRŸCHE remains a force in their own right. Digital Noise Alliance, QUEENSRŸCHE’s 16th studio album continues their ever-evolving legacy.

Once again teaming up with producer Zeuss (Rob Zombie, Hatebreed), Digital Noise Alliance not only refracts QUEENSRŸCHE’s past accomplishments but also pushes into the band’s future. It is the band effortlessly moving from strength to strength: immediate and thought-provoking. Quintessentially QUEENSRŸCHE.

QUEENSRŸCHE releases their new track and music video for “Behind The Walls” via Century Media Records. Purchase and stream the track on all digital platforms now and check out the video below.

“It is a story about those in crisis dealing with various forms of abuse. The protagonist is faced with the dichotomy of reconciling a lifetime of devout faith while suffering immense abuse with no intervention,” states QUEENSRŸCHE about “Behind The Walls”.

“Behind The Walls” follows QUEENSRŸCHE’s two previously released singles, “In Extremis” and “Forest”, which are off the band’s forthcoming album Digital Noise Alliance out on October 7th.

QUEENSRŸCHE – Behind The Walls (OFFICIAL VIDEO)

QUEENSRŸCHE – In Extremis (OFFICIAL VIDEO) Taken from the single “In Extremis” out now: https://Queensryche.lnk.to/InExtremis-SingleID Directed by Thomas Crane / A killDevil Films Production https://www.killdevilfilms.com/ Lyrics: Prisms will deceive you when you start to fade, do not fear Prison, no longer strangled by the rules of the game, who’s to