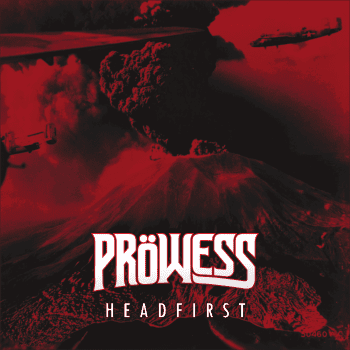 DEFINITION:
1. skill or expertise in a particular activity or field.
2. bravery in battle

Pröwess is a supreme rock & roll band. We are the unicorn. The dragon. The mythical creature that you thought long extinct. So says the official Facebook page of the newly emerged hard-driving rock n roll force out of Charlotte, NC. The band seems to have adopted battle themes, Facebook also stating: This savage army of seasoned road warriors with dreams of conquest and world domination was unleashed in 2016. With a war cry from hell, our guitars are our weapons. We march to the rumble of thunder underfoot. We carry the battle flag of rock ‘n’ roll, but you’ll hear us coming long before you see us.

The band released their first song and official video for “No Survivors” back in April. The single’s official music video, which was produced by Jamie King (Between the Buried & Me, He Is Legend) and filmed and directed by Wheelhouse Media, can be seen below. The band has toured with the likes of Bobaflex and opened for legend Ace Frehley. And now on January 17, 2017, Pröwess are set to independently issue their debut recording, the Headfirst EP. A release party will take place at Amos’ Southend in Charlotte, North Carolina on January 13th with supporting acts Kickin Valentina, Skulls & Whiskey, and Audio Assault. 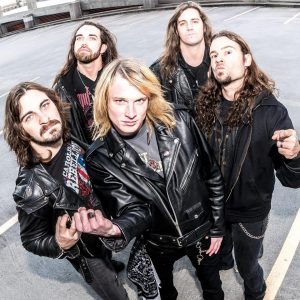 After stumbling across “No Survivors” thanks to You-Tube, I reached out to Pröwess. The groove of the track had quickly dug its claws into me. They kindly forwarded a digital copy of Headfirst for the purpose of this review. The cover artwork seems to depict, all in a red hue, a scene of battle with planes flying overhead a plume of smoke, presumably from a recently released bomb.

The Headfirst EP leads out with the initial single, “No Survivors”. Hearing the infectious chorus a few times now I can confirm that those claws I mentioned earlier are definitely in deep. From there Pröwess presents “Show Me”, which rolls along in the same vein. The track does seem to end rather abruptly, fading out a little too early, leaving an unfinished feeling. Unfortunately, just not quite as effective for me as “No Survivors”. However, “Killing a Giant” is a slice of melodic hard rock heaven. It features some truly engaging vocal melodies and insightful lyrics throughout the slower radio-friendly tempo.

The back half of the 5 tracks on Headfirst really raise the bar. Track #4, “Shaker”, features a great chant along, fist raised high chorus that demands a live setting. And wrapping up this debut effort we find the longest composition at 4:49 in “Overboard”. This one showcases a thumping thunder throughout, keeping the foot tapping and head bobbing. The only problem is that it’s the final song. I want more Pröwess!