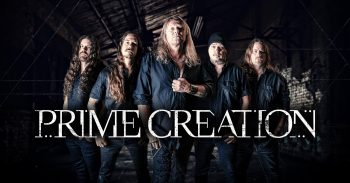 Sometimes someone is just in the mood for some great heavy metal. If you are not into those grinding Cookie Monster vocals and still want some classic metal tunes with a flare of some power metal mixed in, I’d like to suggest Prime Creation.

Yes, yet another band from Sweden. A place that seems to be churning out great hard rock and heavy metal albums faster than you can blink. However, Prime Creation isn’t a new band. Formed in 2015, these skilled musicians are about to release their newest CD called Tears of Rage on September 27th on Silent Wall Productions.

This is the band’s second album, the first being the self-titled, and after numerous listens, I tend to find that incorporates a little more of the melodic power metal than the 2017 release. Don’t get me wrong. It’s not gone too far. It still holds its metal roots. With the double kick slamming away, the fast-paced ripping triple-guitar sound. It has all I look for in a great metal album. The vocals are also very important to my listening desires and this checks off every box. Well-written, harmonic melodies when it’s called for but still there is that gruff metal singing and melodic vocal hooks when it’s needed. It’s literally the whole package. 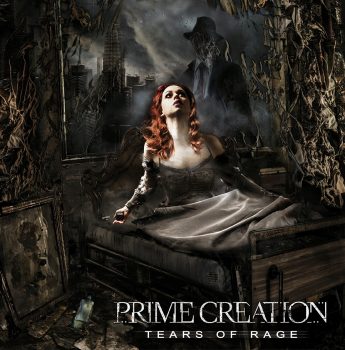 When the album starts off the first track is titled “Fingers Crossed”. I am not sure if this was coincidental or not but maybe it’s the feeling of the band with a new release. Did they do it right? Will the fans like the direction compared to the last and so on. Nonetheless, it’s probably my favourite track. I love the opening beat and accompanying ripping guitar. The vocal work also is something that stands on its own! Excellent tune.

“Lost in The Shades” comes blasting at you next. This track has a very fast-paced riff that will make you think of old school metal tunes. The three guitars sound like they are cosmically in sync with each other. On comes, the vocals and the driving percussions and you have a one-two punch to the gut into the CD.

”A Beggars Call” (which I recommend headphones for this one to get the opening effect) and the earlier mentioned “Fingers crossed” are this listener’s absolute favourites on this album. But again that’s just my opinion. One thing I can say for sure is that I’m sure that everyone that listens will enjoy Tears of Rage.

Like I said before when you get in the metal mood, and you want something that has some great tunes, and not sound like someone clearing their throat all the time, give the newest from Prime Creation a shot!  Stop reaching for all the go-to albums (not that they are bad) but broaden out, give something you might not know a chance. You might discover something new and exciting! Remember the first time you heard Metallica? You gave that a go…Now go for this…Tears Of Rage.  It’s worth the effort.