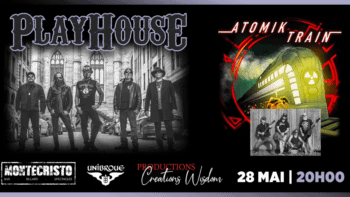 On the evening of May 28 2022 location St-Therese, Quebec Canada, something unexpected happened. I got invited to an event in a bar called Montecristo!

What I saw and heard that night was unexpected and wonderful.  An atomic bomb went off and radiated the crowd with joy.

When a band steps on stage and delivers way more than you expect, a rush of energy fills the room, we get electrified by it and in an instant, you are sucked into the show!

That’s what happened to me and everyone else that very night in question at Bar Montecristo.

What happened was an Atomik Train rolled in and stepped on the stage!  From the first guitar riff and first lyrics of the song “Never Again” the Atomik Bomb ignited!

The mass surge of energy that expanded through the venue got greater and greater. Atomik Train never let up, even after the end of the show! After PlayHouse finished their set, François Babin, Atomik Train lead singer and rhythm guitarist kept the show going with Junior Bourcier lead guitarist, by parading around the bar and kept on going unplugged, singing to the crowd. It is something I’ve rarely seen before, it was a wonderful experience.

Now let me go back a bit and explain how this all got to be.

My friend Danielle had sent me a text asking me if I have ever heard of Atomik Train. My response was “No, sorry, are they any good?” She sent me a YouTube video. I automatically loved it.  Thumbs up!  I immediately sent the link to the CGCM boys and I got positive feedback From there, I made it my duty to show up and represent CGCM Rock Radio, and write up a revue!  I have to thank Danielle greatly for the introduction!

When I got to Bar Montecristo Danielle was accompanied by Stephane Desjardins. Stephane is the photographer for Atomik Train, Also a great friend of lead singer Bobin. He introduced me to every member of the band, and I have to say what a great bunch of guys. Afterward, François introduced me to Peter Cat, lead singer of PlayHouse, as well as lead guitarist Eric “The Freak” Westergard. Two amazing dudes that grew up in the same era as I did!  Already the night started great! 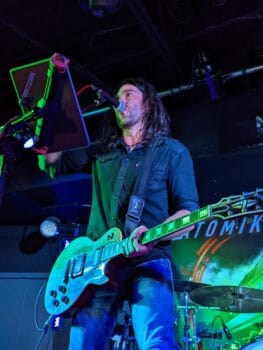 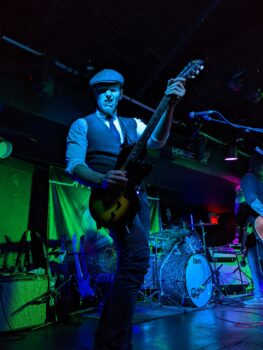 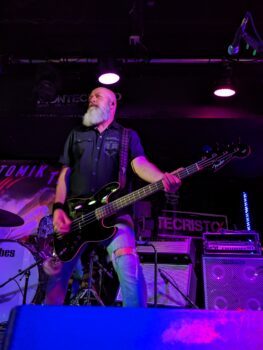 The man they call the Magician The rhythm keeper on bass!! Yves Maltais 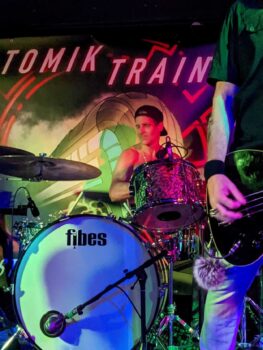 And last but never the least the timekeeper they call The Rock on drums: Alex Guilbault!

Atomik Train were formed during the pandemic in 2020 by François and Junior. These two guys are gasoline and fire, they work well together both having the passion and love of music equally with the same goal in mind. In 2021 Yves and Alex joined the band and the Atomik Train started rolling out ready to take on the world and prove to the world that rock is well alive and gonna never die!

Their debut album, if all goes to plan, is scheduled to be released in Sept. 2022. I will for sure purchase it after what I witnessed that night.  The one thing that stands out with Atomik Train is the absolute love and passion that they have for rock n’ roll! They understand it and make it their own. the sheer energy alone that comes off the stage will intoxicate you in a very positive way. Like a Tesla coil you can see the electricity jumping from the stage to the audience. It’s a beautiful thing to see everyone smiling and having a wonderful time.

All songs were performed on high octane on a 1/4 mile runway. no question about it. It was a great experience. I especially loved their cover of Velvet Revolver‘s Slither. Anyone who knows me, knows I’m a huge Slash fan! François did an amazing job covering Scott Weiland‘s amazing vocals.

I can say this, there is no stage big enough for Atomik Train. They feed off the energy from the crowd and give it back tenfold. From the first song to the last one pedal to the metal! 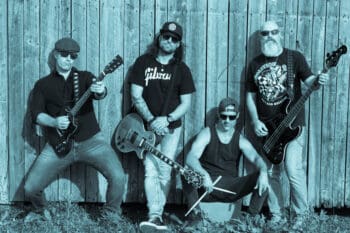 Now we move on to PlayHouse. The other great surprise of the night. These guys grew up in the 80s and listened to the same type of music I did.  Having a talk with Peter Cat, the lead singer told me that the band has been around for 35 years! Eric “The Freak” Westergard‘s influences are Eddie Van Halen, George Lynch and Randy Rhoads. I will tell you it showed!

Now, before this night, I had never heard of PlayHouse, and again they were an unexpected surprise.  I mentioned them to my CGCM crew and they knew about them and told me they were great!

Let me introduce you to the band members. 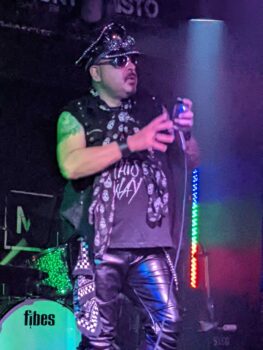 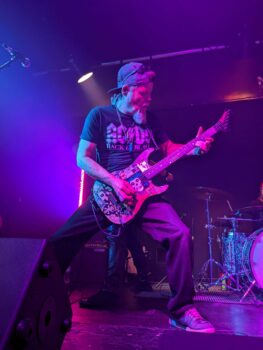 On lead guitar The Freak himself! Eric Westergard! 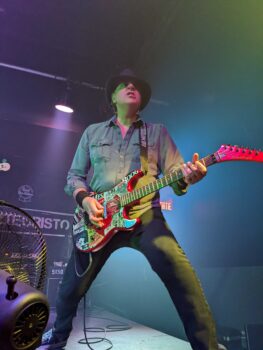 The man who keeps the riffs going. On rhythm guitar K.K. 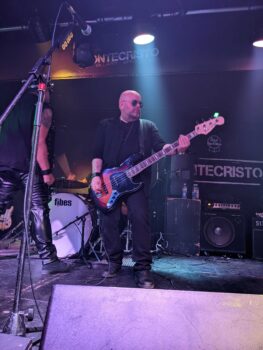 The man on bass, Danny Williams! 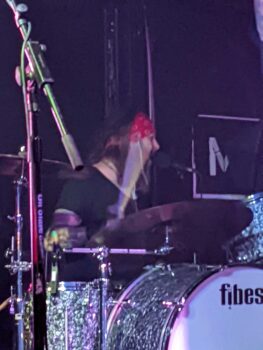 And on the backbeat, drummer, Steve Creep!

Taken from their website, they formed in 1987 during the height of hard rock, and these five high school buddies became PlayHouse!  They filled the clubs and theatres and selling thousands of C.D.s of their 2 E.P.s 1988’s Little Monster and 1990’s Tongue Tied & Twisted. They lasted a decade before calling it quits.  Forward to 2016 PlayHouse reunited and started producing a new album after 25 years. In 2018 PlayHouse released The Rock N’ Roll Circus album. and what an amazing album it is.

Experience is key with these guys. They are true representatives of hard rock! The sheer talent of these guys is above expectations, I enjoyed every single song that they played. Even though it was the first time hearing them, I found myself singing along. They built up the energy as they went along!

The show kept on getting better and better from one song to the next. Peter was quite the entertaining fellow. I especially loved when Eric got into his guitar solos! I have to tell you, damn that guy could play as great as any of the greats out there. K.K. had great riffs too. Danny was amazing on the bass and Steve? The man with the beat! Wow! What a great timekeeper he was.

Let me tell you something! When PlayHouse comes to town, go down to your local club! You will have a blast!

I got to talk to Peter and Eric and both of them are really down-to-earth and amazing people. Very humble and thankful. I can’t wait for their next album to come out!  Take a look at the links below and follow them on Facebook. Go to their YouTube channel and  watch their videos! 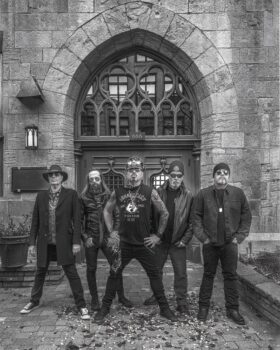 Hell’s a Long Way Down

So here we are! Ladies and gentlemen, I can’t stress enough about supporting your local rock scenes, they are the future of the business. Buy their merch, CDs, t-shirts, hats and so on!

My last words of the day! Always find the best in people and always support your fellow man!

Until we meet again! Keep on rockin’!!

Check out my other articles and reviews here. Dr. Tardis.