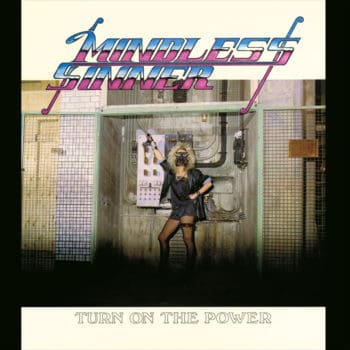 MINDLESS SINNER – Turn On The Power

A special treat for the old-school metal fans of PURE STEEL RECORDS. After the much-acclaimed album release of Poltergeist about a year ago, we are happy to announce the vinyl re-release of Turn On The Power by Swedish metal veterans MINDLESS SINNER.

Turn On The Power was the Northmen’s second long-player, recorded in late 1984 and released in early 1986. MINDLESS SINNER, one of the few bands that still mostly appear in the original line-up of the 1980s, offer the finest old school metal with catchy riffs and great choirs. MINDLESS SINNER are influenced by Judas Priest and The New Way of British Heavy Metal, which makes the 2021 vinyl edition interesting not only for collectors.

3. Turn On The Power

7. Standing On The Stage

8. Voice Of The Doomed