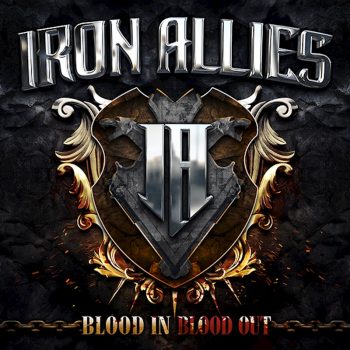 IRON ALLIES – Blood In Blood Out

Former Accept members Herman Frank (guitars) and David Reece (vocals) join forces in the new band IRON ALLIES. We’re proud to welcome these veterans to our roster and look forward to unleash the band’s debut album Blood In Blood Out on October 21st.

Pre-order has been kicked off now and can be found through the link below.

Today, IRON ALLIES already give a first taste of things to come with their debut single “Full Of Surprises“, check out the video below.