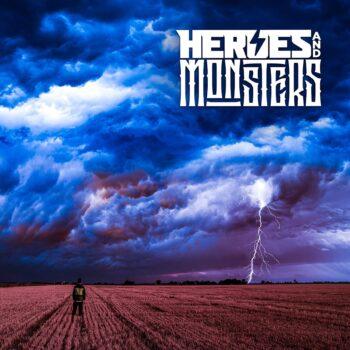 Thrilled to announce the upcoming release of the self-titled debut from an incredible new trio, Heroes & Monsters on January 20, 2023!

Watch a lyric video for the previously released single “Locked And Loaded“, stream the two singles and pre-order/save the new album below.

The players’ resumes speak for themselves but rest assured, if you are looking for hard-hitting, hooky, in-your-face rock-n-roll, then Heroes And Monsters will be good for what ails you. The band approaches their style with their influences in tow, but also with an understanding and appreciation of the current rock scene. A best of both worlds scenario, if you will.

From the album HEROES AND MONSTERS. Buy or Stream: https://orcd.co/heroesandmonsters | Subscribe To Frontiers Music Srl YouTube Channel: http://radi.al/SubscribeFrontiers RAW POWER (Hunt, Hestla, Burns) I break my bones for this And I don’t really care About your reservation And I live in this minute for me And I don’t care to give Any explanation I’ve been giving it all this time Got a thrill for the kill gotta get mine Raise a glass there’s no better time It’s mine if I want it Mine if I want it Takin’ a risk tonight (RAW POWER!)

You are listening to Heroes And Monsters ‘Locked And Loaded’.