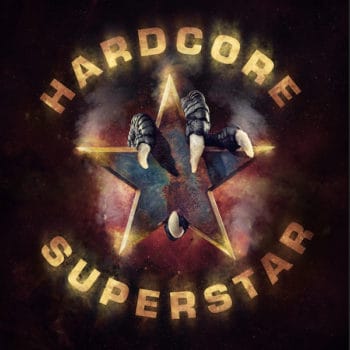 Hardcore Superstar is a Swedish band comprised of vocalist Jocke Berg, drummer Adde Andreasson, bassist Martin Sandvik and guitarist Vic Zino. This is their twelfth studio album and they never fail to deliver.

The album starts with the title track “Abrakadabra’’ which has a mysterious, melodic intro, not unheard of for a Hardcore Superstar album. This quickly moves forward with Adde’s tight drum beats, into a song about escaping reality by delving into rock n’ roll. I really enjoy Jocke’s layered vocals on this song, which could easily be seen as a show opener in the future.

The second song “Influencer’’ begins with some flashy guitar work by Vic and provides a commentary on the social media universe we live in. This song is sure to get stuck in your head as the guitar riff is catchy as hell!

My favourites from the album include the first released single “Catch Me If You Can’’, the softer “Forever and A Day’’ and “Throw A Brick’’. “Catch Me If You Can’’ and “Throw A Brick’’ both have an upbeat party theme you expect from a Hardcore Superstar song, whereas “Forever and A Day’’ has a very uplifting feel to it. The video, made by Swedish cinematographer Max Ljungberg (who shot all of the videos from the band’s previous album, You Can’t Kill My Rock N’ Roll), showcases the band at their best, which is playing their music for all of their fans. Anyone who has seen them live knows this is a feeling that cannot be replicated! I also really love “Weep When You Die”, where you can really hear the bite and passion in Jocke’s voice.

“Dreams In Red’’ and “Give Me A Smile’’ stand out as two of the heavier tracks on the album. “Dreams In Red’’ is by far the most metal song on the album, being driven forward by Martin’s punching bass lines, and includes some of the darker subject matter on the album. In contrast, “One For All” is another classic Hardcore Superstar party song.

The album ends with the ballad “Fighter’’, with some beautiful guitar work by Vic, which is accompanied by a music video showcasing the band members throughout the years.

It’s always a good time when you listen to Hardcore Superstar! Be sure to pick up Abrakadabra today!