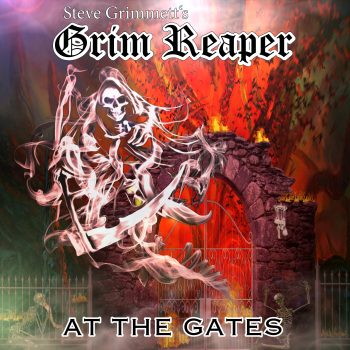 With long-standing member Steve Grimmett at the helm, the band are back with a vengeance with the highly anticipated At The Gates. 11 storming metal tracks, a must-have for any metalhead! This, the band’s fifth album is their best yet!

Grim Reaper‘s previous outing, Walking in the Shadows, saw a track featured in CGCM Podcast EP#40-Killer Komebacks. For that audio delight, special guest Jason Kearney joined us as we recounted some of “our” best comeback albums from bands that endured a lengthy hiatus. The album also placed in The Meister’s Best of the Year List on Decibel Geek.

Watch for a full album review coming soon to the CGCM Website.