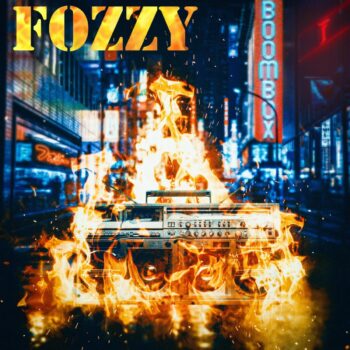 More than two decades into their journey as an unrelenting force of rock n’ roll dreams come true, Fozzy are enjoying the biggest peak of their career to date! Last month, the band released their new single, “I Still Burn”, which quickly became the Number One added song on rock radio…and today they release the visually explosive new video for the song, a critically acclaimed short film, that is as artistic as it is exciting!

Watch the music video for “I Still Burn” below.

Speaking about their new single, frontman Chris Jericho comments:
“I Still Burn” is the story of the dreams, the passion and the fire that lies within all of us to be the absolute best we can be…and to do whatever it takes to achieve the goals that make our dreams come true! The sacrifices, the losses, and the triumphs that we have all experienced make up the lyrical DNA of this song. “I Still Burn” is Fozzy‘s mission statement, our life’s work and our destiny…and we are so proud to share this message of victory with our Fozzy family!! Plus, Rich‘s guitar solo fuckin rules!!!”

Rich Ward (lead guitar) adds, “My entire career has been about pushing to the summit of the climb, never satisfied with boiling water with the sherpas at Base Camp 2. I’ve been touring and making records for three decades, and I remain as passionate as ever. “I Still Burn” is the story of the fire that fuels that passion. This is our story!”

The new album from Fozzy, Boombox, will see a May 6th, 2022 release via Sony Music.

As fans worldwide wait in anticipation for the release of Boombox, Fozzy is honored to celebrate the song that changed their world forever and proved once and for all that rock is still alive and well. Approaching five years since it first hit airwaves, “Judas” is now a gold certified record! A remarkable feat in the modern era of rock music, Fozzy will toast to their landmark anthem at the band’s upcoming album release show in New York on Monday, April 11th. It’s going to be a party like only Fozzy can put on!

Addressing the news of “Judas” going gold, Jericho says:
“Being awarded a gold record has been a dream of mine ever since I started listening to The Beatles at nine years old and saw a picture of them getting an award for ‘Beatles VI’. Then as I grew older and heard Ozzy talk about his “gold discs” and seeing the walls of Rudolf Schenker’s house plastered with framed Scorpions awards, I set my goals on someday getting one of my own. And for “Judas” to have sold 500,000 units in this day and age, completely blows my mind as a fan and a musician, and also makes me realize how far Fozzy has come and how far we are going to go!! Thanks to ALL OF YOU for making this dream come true for me and the guys. I can’t wait to hang my award on my wall…just like Rudolph.”