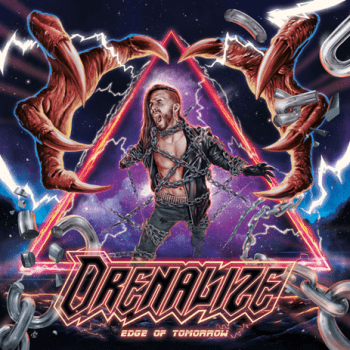 DRENALIZE is a french Hard Rock band formed in 2013 in Northeast France.

With strong influences from the world’s top hard rock acts like Scorpions, Whitesnake or Def Leppard, the band quickly reached a new level with their first album Destination Everywhere and managed to open for renowned bands such as Sister Sin, Toxic Rose, Inglorious and Blackrain.

DRENALIZE will release their second album Edge of Tomorrow in mid-2022.

Now with the support of a seasoned publisher (Editions Hurlantes) and strengthened with a new line-up whose trial by fire was a tour covering France, Netherlands and Belgium, the band is ready to move on and upwards.

DRENALIZE is currently focusing on the release of its forthcoming album. The album will sound heavier, but will definitely keep the Drenalize signature.

02. Strangers In The Mirrors

09. Something To Believe In