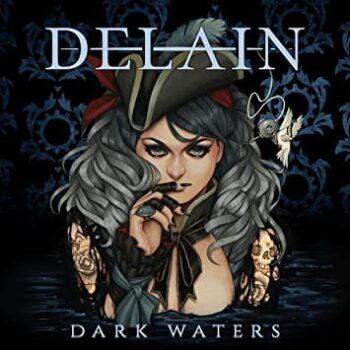 Dark Waters is the upcoming seventh studio album by the Dutch symphonic metal band Delain. It is set to be released on 10 February 2023 via Napalm Records.

It is the first studio album to feature Diana Leah on vocals and Ludovico Cioffi on bass guitar. The album also marks the return of original guitarist Ronald Landa and drummer Sander Zoer.

On 15 February 2021, it was announced that Delain‘s lineup had split up and that it would be continuing with a new lineup that Westerholt stated would continue to “keep Delain alive“, which consists of new and previous members.

The band’s new lineup was fully announced on the release of the first single, “The Quest and the Curse“, on 9 August 2022, as well as announcing their new lead vocalist, Diana Leah. The second single, “Beneath“, was released on 29 November 2022. Simultaneously on the same day of the single’s release, the band announced the title of their upcoming seventh studio album, Dark Waters, with a release date of 10 February 2023. (all text taken from Wikipedia)

11.”The Quest and the Curse” (piano version)

New Album, Dark Waters, out February 10, 2023! Pre-Order here: https://lnk.to/Delain-DarkWaters Mixed by Jacob Hansen Mastered by Svante Forsbäck at Chartmakers Video by Video Ink Ltd Male vocals by Paolo Ribaldini Martijn Westerholt on “Beneath”: “‘Beneath’ is a perfect ambassador of the album and DELAIN as a whole because it encapsulates almost all of the recognizable DELAIN elements you will find on the album.”

DELAIN – The Quest And The Curse (Official Video) | Napalm Records

New Album, Dark Waters, out February 10, 2023! Pre-Order here: https://lnk.to/Delain-DarkWaters The wait is finally over! DELAIN, the brainchild of keyboardist, founder and main songwriter Martijn Westerholt, returns with full power, presenting themselves with a new lineup featuring the terrific Diana Leah as their next singer!