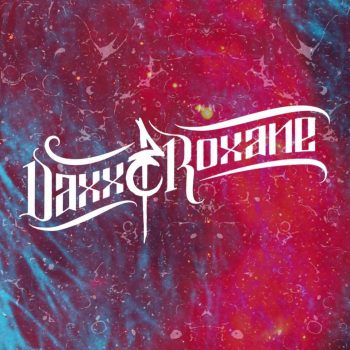 “This new Def Leppard song is aweso… Hold up, this ain’t them! But it’s just as big and shiny and rocky” – Kerrang!

“What you get here is loud ’n’ proud, cock sure rock ’n’ roll. They play obnoxious full tilt rock ’n’ roll which is a mix of metal and hard rock with a sprinkling of Motorhead and Led Zep” 9/10 – Powerplay

Daxx & Roxane are set to release their brand new single “Interstellar” through Justice Brothers Records on September 18th 2019. “Interstellar” is a fast-paced rock ’n’ roll stomper with his infectious groove, rip-roaring guitars and its hypnotic organ; creating a song full of swagger and ambition.

Cal Wymann (lead guitarist) states: “Interstellar” is a bit of a mental track and the second single of Daxx & Roxane’s upcoming album. The song has DnR’s definite party-rock vibe but with lyrics that look into their psychedelic experiences.” The idea for the track came after one particular event that sent Cal a little off course and travelling a little too far out of this world. The lyrics talk rather loosely about a trip through outer space which takes a sharp turn out of the solar system, and about looking for that someone capable of taking you back home.

The song was produced and recorded by Pedro Ferreira (The Darkness, Meatloaf, Stereophonics) at his own studio (Spinroad Studios) near Gothenburg, Sweden. The band spent two days laying down all the instruments and Cedric ended up double tracking his vocals until the early morning of their flight back to London. “After feeling a little stuck for the solo section, we had the crazy idea of asking Don Airey (Deep Purple, Rainbow) to help out and it turned out absolutely mental. Don plays the main solo and he also added layers to the song which brought it to a whole other level.” 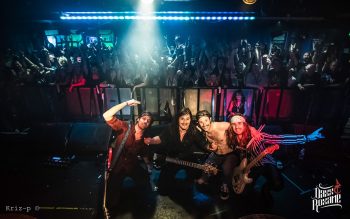 The single is produced by BRIT Award-winning Pedro Ferreira (The Darkness, Meatloaf, Stereophonics), mixed by Santi Arribas (The Mixing Factory – Gang of Four, Hotei, The Pogues) and mastered by John Davis at Metropolis (The Killers, Led Zeppelin, Gorillaz, U2).

Don Airey states:  “If you want to hear a cross between Krokus and Boston check out this Swiss band Daxx and Roxane – They rock! – flattered to be asked to add some MiniMoog Synth, and Keyboards to their new single. Check it out!”

Formed in 2010 in their native land of Switzerland Daxx & Roxane have since released their 4×4 EP to glowing reviews, which spawned two singles “Wrong Side” and “Girl Next Door” and debut album Ticket To Rock in April of 2017 which also spawned two singles “Ticket To Rock” and “Leaving For Tomorrow”. These, along with “Junk Food Hangover”, all spent 10 weeks on the Planet Rock playlists respectively. They have an extensive live experience under their belt, including: support slot for HIM at the Roundhouse, live performance at prestigious festivals such as: Montreux Jazz Festival (Switzerland) and Stone Free Festival (UK) and UK tours with Bad Touch, King Creature and Deever.

This year also saw Daxx & Roxane sign a label distribution deal with Republic of Music. Daxx & Roxane are set to hit the road once again in September and October 2019 with The Dust Coda and Doomsday Outlaw. Please see dates below. 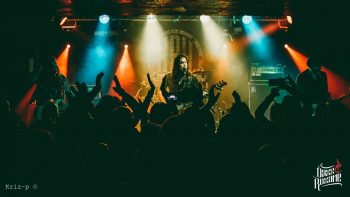 “Interstellar” will be released on all platforms on 18th September 2019.