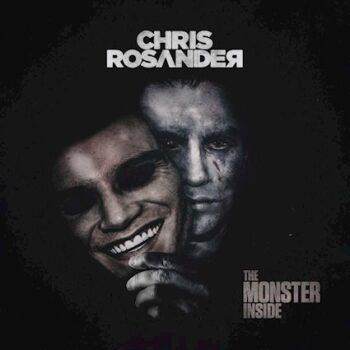 CHRIS ROSANDER – The Monster Inside

Chris Rosander is a 25-year-old musician and songwriter from Örnsköldsvik, Sweden who has been writing songs in the AOR/Melodic and West Coast genre since he was 14 years old. Christian’s musical work includes artists and bands such as Michael Ruff, Paulo Mendonca, Frank Ådahl and X-Romance.

In March 2020 Rosander signed with the record label AOR Heaven and debuted with his first full-length album King Of Hearts that same year. Since it wasn’t possible to get out to play live shows at that time due to the pandemic, he started the writing process for a new album which now will be released on February 17th, 2023 via Pride & Joy Music. The album also was written & produced by Chris Rosander.

Chris Rosander says about the new album: “The Monster Inside – Don’t we all have one of those? I know I do, and I believe that most of us have, metaphorically speaking a monster inside and that’s what this work is all about. I started working on this record in August back in 2020 straight after the release of my debut King Of Hearts. All songs were ready to be recorded in December that same year but due to the pandemic we couldn’t start until late august 2021. I didn’t know when I started the writing process that it was going to be a concept album but when I wrote the song “Turn Your Heart To Stone” the idea of having all the songs following the same theme felt rather intriguing. It’s not that kind of album where you get to follow the same storyline throughout the tracklist. On this record you get to hear 11 stories/songs about different people, each got a more twisted/darker side of themselves than the other. Basically, this album is about different and absurd behaviours and the fact that all of us got a side of ourselves that we rather not let anybody else see. The Monster Inside.”

“The Monster Inside” is the first single from Chris Rosander from the album of the same name which will be released on February 17th, 2023 via Pride & Joy Music! Stream & buy the single here: https://chrisrosander.lnk.to/monster-single Chris Rosander is a 25 year old musician and songwriter from Örnsköldsvik, Sweden who has been writing songs in the AOR/Melodic and West Coast genre since he was 14 years old.

Upcoming ReleasesChris Rosander, Pride and Joy Music, The Monster Inside