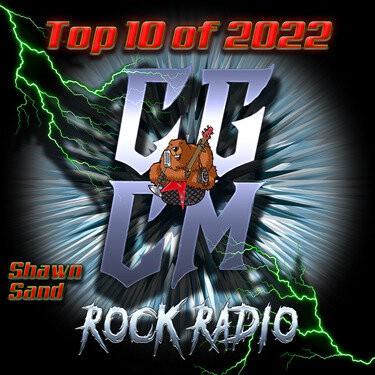 You can find the Collective List as well as all our Best of 2022 content including contributors’ individual lists, podcasts and radio DJ shows here: CGCM’s Best of 2022 (Year in Review) BEST OF 2022 – Shawn Sand (Photographer/Writer) 🇨🇦 Shawn Sand one of CGCM Rock Radio‘s photographers and website contributors from Canada showcases his personal top ten favourite albums […]

Well, what can you say? If you wanted to see a Rock N Roll show this was the place to be Fresno, CA Tower Theatre for Performing Arts. It was the tour that was never supposed to happen as the promoters told Blackie Lawless, there was no following for W.A.S.P in the USA. W.A.S.P. once […]

BUCKCHERRY Buckcherry had the daunting task of opening for Alice Cooper on April 14th, 2022 at the Winsport Arena. The true diehards for Buckcherry showed up to support the opening act at a 7:35 pm showtime. Buckcherry’s first song of the evening was “54321” from their newest release, followed by the more popular “So Hot”. […]

BUCKCHERRY Buckcherry had the daunting task of opening for Alice Cooper on April 12th, 2022 at the Northern Alberta Jubilee Auditorium in Edmonton, Alberta. The true diehards for Buckcherry showed up to support the opening act at a 7:25 pm showtime. Buckcherry’s first song of the evening was “54321”, followed by the more popular “So […]

BUCKCHERRY Buckcherry had the hard job of warming up the crowd on Saturday night April 9th,2022. The crowd that flooded into the arena when the doors opened was there to see Alice Cooper on the spring/summer Leg of the Detroit Muscle Tour 2022. Buckcherry went on stage @ 7:30 and they opened up the set […]