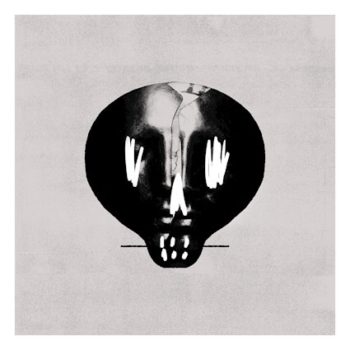 BULLET FOR MY VALENTINE – Bullet For My Valentine

New release from: BULLET FOR MY VALENTINE – Bullet For My Valentine (November 05, 2021)

“This is the beginning of Bullet 2.0,” says vocalist and lead guitarist Matt Tuck. “It signifies where we are right now. The music is fresh, it’s aggressive, it’s more visceral and more passionate than it’s ever been.”

Since Bullet For My Valentine formed in 1998, the Welsh metallers have become one of the biggest bands in metal, selling over 3 million albums worldwide and scoring three gold albums, as well as defining British metalcore with their now-classic debut, The Poison. The band follows the success of their last album, 2018’s Gravity, which saw the metal juggernaut play their biggest shows to date, including a UK arena tour and a massive show at London’s Alexandra Palace. But this time around, the band have taken things back to basics. Bullet For My Valentine is stacked with squealing solos and monstrous riffs that will delight fans both new and old.

“I think it’s the most ferocious side of Bullet For My Valentine that I’ve ever known,” says lead guitarist Michael “Padge” Paget. “It’s time for us to put out a really angry, heavy, aggressive record. I think this direction is where we really shine. I just can’t wait to grimace on stage!”

“I wanted to come out guns blazing, fucking middle fingers flying and just go for the throat,” agrees Matt. “I think this is afar more aggressive, intense part of Bullet For My Valentine. It’s always been there, I’ve just never opened the floodgates on it. I want to take people’s heads off, in a metaphorical way. Everyone who’s nay said the band for 15 years and had shit to say about us…this is for them.”

From a first listen, fans will recognize this as Bullet on the form of their lives. Vicious opener “Parasite” and the album’s furious first single, “Knives“, are pure metallic adrenaline: galloping drums, seething vocals and frantic solos, creating a dark sound that reflects the challenging period in which the album was recorded. Having taken the biggest risk of their careers with Gravity’s glossy anthemia, the band are now completely in their element, able to take their music wherever they want to go and experimenting with texture and tone on the disorientating “Rainbow Veins” and blackened rock’n’roll of “Bastards“.

Elsewhere though, powerhouse tracks like “My Reverie“, the thrash-influenced “Paralysed” and groove metal stomper, “Shatter“, are classic BFMV, merging menacing riffery with huge, expansive choruses that will tower over huge rooms as soon as our pits are allowed to reopen.

Upcoming ReleasesBullet For My Valentine