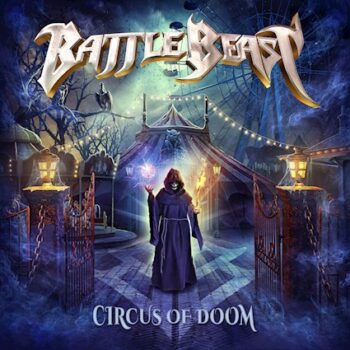 Out of Helsinki Finland comes Battle Beast! These guys spawned out in 2005. But it wasn’t before spring of 2011 that they released their first album Steel! Battle Beast quickly developed a massive fan base and by 2012 they were known internationally.

Since then they have released 5 more albums with a self-titled album Battle Beast in 2013, then in 2015 they released Unholy Savior, 2017 was Bringer of Pain, in 2019 No More Hollywood Ending, and now, finally in 2022, we have Circus of Doom!

Well hello folks, Dr. Tardis bringing you another review of a band that absolutely kicked my ass. Once again I discover a band that I just get hooked on right away on the first note!

Circus of Doom is released by Nuclear Blast. 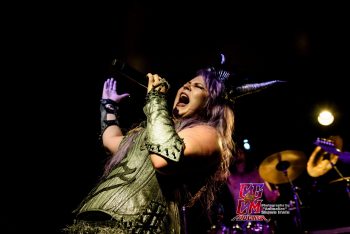 We start off with the amazing vocalist: Noora Louhimo. Right by her side, you will find on Lead Guitar Joona Björkroth teaming up with Juuso Soinio on Rhythm Guitar to deliver strong powerful riffs and amazing guitar solos. Let’s add the man with the Keytar that adds melody and a fantastic operatic style to the band. Last but not least we got the backbeat the ones that keep the pace going on Bass Guitar we have Eero Sipilä and his partner in crime the one who crashes the sticks on the Drums Pyry Vikki. These guys, ladies and gentlemen are the fantastic formation called Battle Beast.

I would consider this band a Power Metal band, They have some serious power for sure in their music. Just about everything in the production of this album is near perfection. What a great-sounding album, seriously folks if you are into Power Metal this one is for you.  I love the aggressiveness of this album, great guitar riffs and Noora can really belt it out.  I can imagine what these guys are like live! Hopefully, I will get a chance one day to see them live. I pretty much love every song on the album, a really catchy one is “Freedom“. Believe me, that song right now has a lot of meaning for many people.

Battle Beast – Circus of Doom has great beats. There is not one dull moment! Great workout music or a long trip o in the car.

So go out there my Metal Heads and purchase Battle Beast‘s latest album Circus of Doom.

Here are some links to the band.

Remember folks, never stop rockin’ no matter how old you are, never let anyone tell you what to like or to listen to. Those ears belong to you and no one else.

Check out my other articles and reviews here: Dr. Tardis