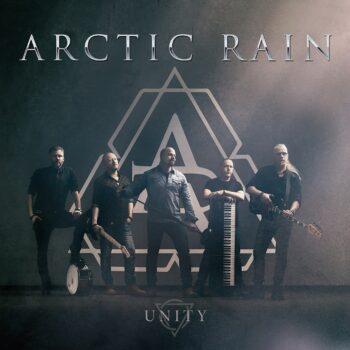 Arctic Rain returns with their sophomore album Unity on January 27, 2023! New single and video, “Fire In My Eyes” is out now. Pre-order/save Unity through the link below.

With new keyboardist Kaspar Dahlqvist and drummer Richard Tonyson in the fold, Unity sees Arctic Rain building upon and surpassing their musical goals they aimed for on their debut album, The One. Bigger, bolder songs with a more rockin’ edge, but still very much melodic rock, Unity will positively thrill fans of the band’s debut and be a welcome introduction to new listeners.

Arctic Rain started as a collaboration between songwriter/keyboardist Pete Alpenborg, guitarist Magnus Berglund, and singer Tobias Jonsson. Later on, bassist Gert Daun and drummer Jonas Jönsson joined forces with Arctic Rain for the recording of their debut album, The One. The aim for the band was to write songs with strong melodic rock vibes based around the type of tasteful instrumental harmonies typical for a lot of bands in the ’80s and ’90s. A revival of sorts, but with a modern touch, both melodically and for the overall sound. And with that target in mind, yes, they most certainly hit the bullseye on their debut album!

Credits: http://www.boxfilmstudios.com/ From the album UNITY.