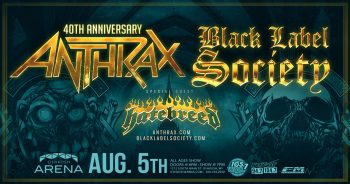 The Big 4, Metallica, Slayer, Megadeth and Anthrax, on August 5th 2022 I was finally able to say I’ve seen them all live!  Took me long enough!

The lineup was great.  Three amazing bands, Hatebreed, Black Label Society and Anthrax all playing in Oshkosh WI.  We got to the arena about an hour early to make sure we got a great spot.  Oshkosh Arena was all GA, including the seated area.  We secured front-row bleacher seats with a nice view of the stage.

Hatebreed started out the night.  As soon as they hit the stage my son and I shot to our feet, much to the chagrin of the couple behind us.  They started grumbling and I turned around to see what was up, they were glaring daggers at us for standing.  I had a moment of wondering if we should sit back down.  But no, we were at a metal show.  Who sits at a metal show?? 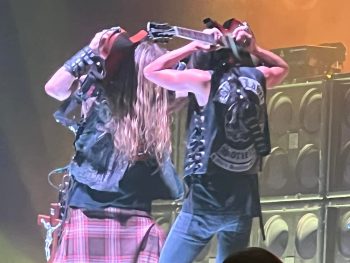 Hatebreed were incredible.  They are full of energy and totally feed off the audience.  The pit opened up, cups were thrown, and we banged our heads to their killer tunes.  Lead singer Jamey Jasta commanded the crowd to get up outta their seats and most of the fans complied.  Except the couple behind us.  Ok, they were making a point, I’m not sure what it was, but they were determined to stay seated, even during the tribute to The Black Dahlia Murder singer Trevor Strnad who we lost in May.  The dedication song was “Last Breath” and it was perfect, I had goosebumps.

Jasta also announced that he had bought the rights to Milwaukee Metal Fest, which will finally make its return in 2023.  I’m excited to see what the lineup will be.  It is reported that this too, is a way for Jasta to honour Trevor Strand since apparently the two of them had often discussed buying the rights.  Wisconsin will certainly appreciate it! 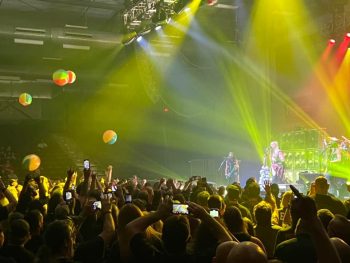 Up next was Black Label Society.  This was our second time seeing them, but we were much closer this time and able to really see just how incredible this band is.  Not only the mind-blowing shredding of Zakk Wylde and Dario Lorina but the whole band is TIGHT.  They tore through the 12-song setlist, playing fan favourites like “Funeral Bell”, “Suicide Messiah” and ending with “Stillborn”.  Show highlights for me were “In This River” and “Fire it Up”.  “In this River” was dedicated to Dimebag Darrell and Vinnie Paul.  It opened with curtains depicting the brothers dropping over the walls of amps, then Zakk Wylde slowed down for a few minutes, trading his guitar for the piano.  It was simply beautiful and gave me the chills for the second time that night. 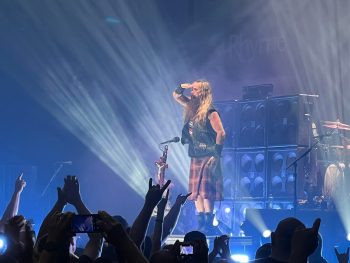 Then, they picked things back up again with “Trampled Down Below” and “Set You Free”.  Beachballs were shot out to the crowd for “Fire it Up”.  Then we were treated to a jaw-dropping twin guitar solo, played entirely behind the heads of Zakk Wylde and Dario Lorina. Absolutely impressive. The show ended with shout-outs to the Wisconsin Chapter of The Doom Crew and Zakk Wylde chest pounds. 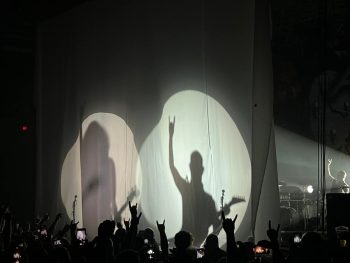 Anthrax started their set with a short video of various celebrities talking about Anthrax and the impact they had on them.  Then the curtain dropped and everyone and yes, I mean EVERYONE, was on their feet for these iconic masters of thrash!!  “Among the Living” was the opening song.  The fans were riled up and the crowd surfing was nonstop.  Anthrax are full-on energy.  They are all over the stage and constantly interacting with the crowd. 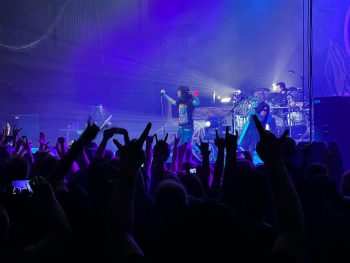 This is their 40th Anniversary tour.  Trying to wrap my head around that, especially with how fantastic they still sound!  Their set is a great mix of 12 songs from their huge catalogue of killer trash tunes.  I was, admittedly, a tiny bit disappointed that they didn’t play “Efilnikufesin (N.F.L)” but hopefully, they will play it the next time I see them!  The show ended with “Indian”, and we left grinning from ear to ringing ear.  My Big 4 is complete! My only question is “why did it take me 40 years to see Anthrax??”