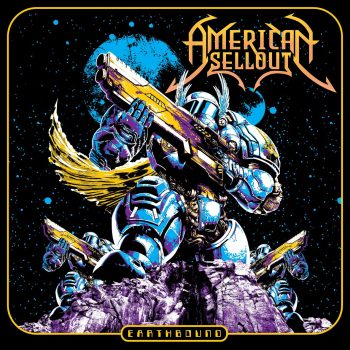 “Earthbound” appears on their forthcoming independently released self-titled debut album to be released on CD in January 2023.

Born in the scorching sands of El Paso, Texas, this is a heavy metal band of brothers who share the same passion for writing music and playing their heart out to entertain fans of metal and music alike. Composed by Dani X (Vocals), Aaron Von Robles (Guitars); Raul Armendariz (Drums) and newest member Haran Hernandez (Bass), they bring a unique style of sound comprised of heavy metal with fantasy and story themes.

The band recently released their first single “Earthbound” from their upcoming self-titled album currently in production for a planned release in January 2023.

The band has played with a variety of bands across their first-year journey, such as: Bret Michaels, Stitched Up Heart; Anvil; Venrez; Voidvater; Haunt; Raven to name a few, as well as out-of-town festivals and most recently at the legendary Whisky A Go Go in Hollywood, CA.

Check out the track via the video below.